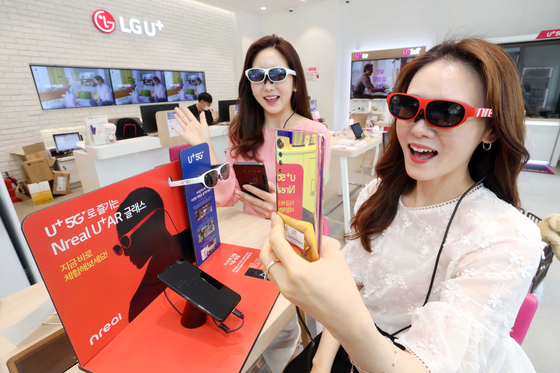 
LG U+ will bring 5G-powered augmented reality (AR) glasses developed by Chinese start-up Nreal to Korea in the third quarter, the first time the glasses have been available to consumers anywhere in the world.

The mobile carrier said Thursday that it will sell Nreal’s Light glasses, although the price has not been decided. The high-tech eyewear retails at $499 overseas, but is exclusively tailored for industrial and professional use.

The smartphone acts as a handheld controller for the glasses, providing a tethered connection. It offers a 52-degree field of view at 1,080 pixels. 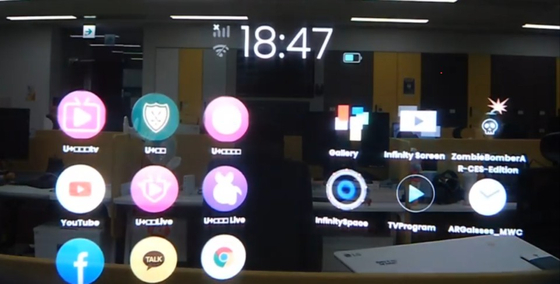 A screen shown on Nreal Light glasses. [LG U+]


The carrier explained that users can enjoy games and content consumption on a wide virtual screen capable of enlarging YouTube videos up to 100 inches in size.


“Users can resize a single screen or multiple screens and move them around as they choose,” said Kim Sang-yup, a public relations manager at LG U+.

“For instance, you could watch YouTube on one end of the subway while you are on the move and browse websites on the other end,” Kim said.

“Still, since they are mixed-reality glasses, you have your surroundings as the background and adjust the screen’s concentration,” he said.

Also available is AR-friendly games such as zombie shooting content, the carrier said.

The launch of the glasses comes as part of LG U+’s partnership with the Chinese start-up formed in February.

A previous collaboration brought together Germany’s Deutsche Telekom, Japan’s KDDI, Spatial, a New York-based tech firm, and Qualcomm Technologies and the two units to collaborate on the development of smartphone apps for AR glasses.

The telecommunications company will allow customers to test the device at 24 LG U+ stores nationwide.

Only LG U+ subscribers are allowed to buy the Nreal Light.

LG U+ AR glasses really can put 'Blackpink in your area'