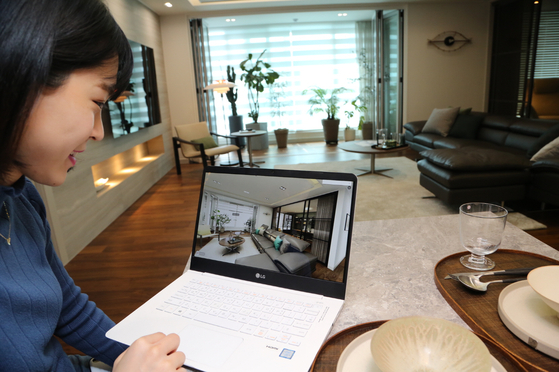 A customer viewing a VR exhibition of furniture displays on the Hanssem website. [HANSSEM]

Park Jin-ho, a 48-year-old who lives in Yangpyeong, Gyeonggi, has been busy redecorating lately.


“As I have been spending a lot of time at home since the coronavirus outbreak started, I have found a new hobby in decorating my home, even changing a single lamp or decoration,” Park said. “If you look carefully, you could find quality furniture for a relatively low price at online shopping malls or secondhand websites.”

Local furniture companies have been enjoying an unexpected sales boost in the midst of the pandemic.

The market capitalization of the country’s top five furniture companies by sales — Hanssem, Hyundai Livart, Enex, Fursys and Ace Bed — was 32 percent year-on-year. This is a stark contrast to the 4 percent decline for all Kospi stocks.

This is a surprise considering that, since 2016, annual growth of furniture sales have been in the single digits. Normally furniture sales increase between February and March, when many families move before the school year starts. This year, sales continued to rise in April and May, months when they normally decrease.

The sale of Hanssem packages, which bundle a range of furnishings and upgrades together, were up 194.9 percent in March compared with January. In April, package sales were up 96 percent compared to January.

The popularity of online furniture purchases has increased considerably, as they allow customers to avoid physical visits to stores. Bucketplace’s app Todayhouse, which provides information on interior design, topped the Google Play charts in the real estate and home decoration category.

Business for Hanssem's interior decoration online consulting in May doubled compared to January. Hyundai Livart's online sales between March and May have increased 25 percent year-on-year.

“It’s unusual for sales to go up during non-moving seasons,” said Lim Ik-soo, head of Hyundai Livart's business-to-consumer department. “In a strategy targeting the online furniture market, we plan to newly open an improved online shopping mall this year that will have a better payment service and product search.”

The pandemic has also driven customers toward larger furniture.

“We often do our work on the dining room table,” said a 46-year-old working mom, who has two children — one a sixth grader and the second in second grade. “We changed our table to one that could seat six people from the previous four.”
The furniture industry says, since March, among the tables that have been sold, the six-seater table accounted for half. It was the same with sofas and recliners.

Environmentally friendly furniture is another trend. Customers are opting for furniture meeting the E0 standard, which means it is made of materials that emit little or no formaldehyde, a toxic gas.

Global furniture company Ikea as well as Fursys and Hyundai Livart have been using E0 materials, and other furniture companies, including Hanssem and Enex, have recently been following.

According to the Construction and Economy Research Institute of Korea, the local home decoration market has been growing at an annual rate of 8 percent. That’s faster than the global average of 5 percent.

“As people have been spending most of their time at home due to the coronavirus, and half of the houses and apartments in the country are old, there will be a huge demand for redecorating,” said Kim Mi-song, analyst at Cape Securities. “The market, which is currently estimated at roughly 36 trillion won — 16 trillion won for furniture and 20 trillion won for home remodeling — is expected to grow to 41.5 trillion won by the end of the year.” 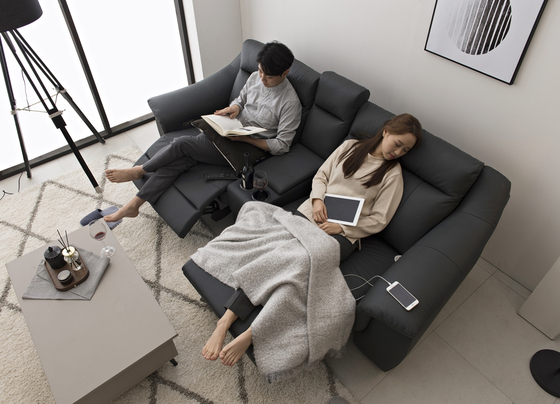