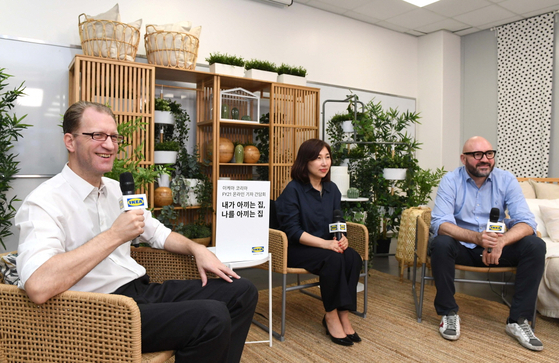 
Swedish furniture giant IKEA saw double-digit growth in its 2020 fiscal year, as interest in furniture increased with more people spending time at home due to the Covid-19 pandemic.


The company did not reveal its net profit or operating profit.

“With the impact of Covid-19 leading to an increased interest in home furnishing, we welcomed over 44.7 million visits to our e-commerce [platform] — a 14 percent increase since last year,” said IKEA Korea Country Retail Manager Fredrik Johansson during an online press event held on Tuesday. “In FY21 Leap year of Sustainability, we at IKEA Korea look forward to enabling the many Koreans to take part in the sustainability movement that we will create towards a happier home, healthier planet and an inclusive society.”

Under the theme of “Good for me, good for my home,” Ikea’s goal for the new fiscal year is to become more sustainable and help people join the sustainable movement through its products and services.

The furniture company said it found through a survey that there’s a gap between perception of sustainability and actual action, according to Johansson.

“Seventy-six percent of Koreans really understand sustainability is important, but only 33 percent [are] taking action,” he said. 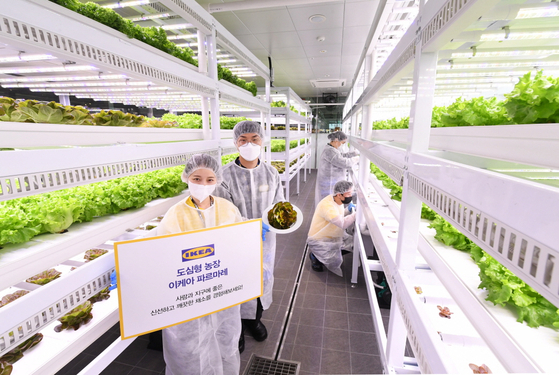 
One of its sustainable efforts is IKEA Farmare, an urban vegetable farm demonstrated by IKEA on Tuesday for the first time globally at its Gwangmyeong branch in Gyeonggi. Vegetables raised there are used in the IKEA restaurant.

IKEA plans to expand buyback and resell services at all its stores nationwide to extend the life of furniture starting in November. The company also plans to replace 20 percent of its furniture delivery trucks with electric trucks by 2021. All trucks will be replaced by 2025.

To raise accessibility, it will be offering short-distance delivery services for 29,000 won and continue to offer phone consulting services on furniture planning.

IKEA’s increased sales are in line with furniture brands Hanssem and Hyundai Livart, which each reported 18.5 percent and 17.7 percent growth in sales in the first half of this year.

Ikea in the city