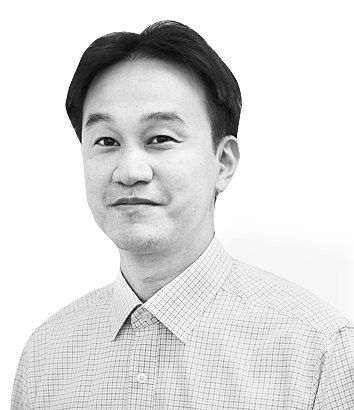 
A job fair hosted by the Korea Trade-Investment Promotion Agency (Kotra) in Seoul brimmed with young people clad in masks and suits. The global job fair was online this year due to the coronavirus pandemic. Job seekers linked up with foreign recruiters remotely as air travel remains restricted due to the Covid-19 outbreak.

Japanese employers totaled 50, accounting for 80 percent of the corporate interviewers. Young Koreans gravitated to the Japanese. Job openings were relatively abundant and employers didn’t care so much about résumé specs and academic backgrounds. A job aspirant said that when it comes to finding work, neither the pandemic or the soured relationship between the two countries mattered.

The growth in overseas job-seekers, especially their preference for jobs in Japan, raises two concerns. First, Korea is losing valuable young talent. A Kotra official said Japanese companies favor Korean recruits because they are hard-working, eager and get along well in the workplace. Korean society is losing assets to Japan.

Second, the surge in people looking overseas for work underscores the desperation of Korean youth due to the scarcity of decent job opportunities at home. Japan poses more virus danger, with the mortality rate from Covid-19 in the country more than triple that of Korea’s. Yet, young Koreans are willing to take the risk as they are so desperate to find a job.

The Korean economy cannot afford this. The job market has been tough for young people for a long time. The Covid-19 outbreak has worsened the local job market to the levels of two decades ago when the country suffered massive layoffs under an international bailout following the Asian financial crisis.

According to Statistics Korea, the total number of people employed in their 20s shrunk by 158,000 in April from a year-ago. The April plunge was the largest since the loss of 180,000 jobs in April 2003. The employment rate for that age group slipped by 2.6 percentage points on-year to 54.6 percent — the fastest declining among all age groups. Their employment rate hovered below 57.4 percent in 1998 in the wake of the Asian financial crisis and 58.4 percent in 2009 following the global financial meltdown.

The youth job situation has become worse than our two past crises, and the worst is yet to come. The Korea Development Institute (KDI) warned that the job shock for the young will become more evident from the second quarter.

According to a survey by job website Saramin, more than half or 57.7 percent of job-seekers were willing to settle for a part-time job, up 5.9 percentage points from a previous poll. Asked why, 51.2 percent said they had to make income fast. Their desired annual wage fell to 26.69 million won ($22,148), a 10 percent drop from the beginning of this year. Many said they would be happy to work in the services sector despite higher risks of virus contagion, as they had to pay off credit card bills.

The findings bode badly for the country’s future. When young people cannot find a job, they cannot get married or raise a family. The thinning of the working population will accelerate. A surge in credit delinquents will likely cause self-isolation and various other social problems. To leave highly-educated young people jobless is a huge loss to the nation.

Youth joblessness stems from structural problems. The fault does not entirely lie with the Moon Jae-in administration. But the government won’t be able to solve them by creating part-time jobs with tax money. Companies create jobs. When companies are created and grow, they hire — often the young. The government must remove unreasonable regulations and restructure the labor market to make the environment business-friendly.

This repeated advice has fallen on a deaf ears. Past governments have all been well aware of the solution. But the Moon administration is engrossed in pro-union ideology and fear irking unions. The ruling Democratic Party won a super majority of 177 seats in the 300-member National Assembly in April 15 parliamentary elections. And President Moon’s approval rating is high. If they use their power to persuade the labor sector to shift their job policy, they can solve the youth job problem. It is frustrating to see the liberal government choosing not to seek an obvious solution.

Drawing a U-turn is a tough job (KOR)

Drawing a U-turn is a tough job