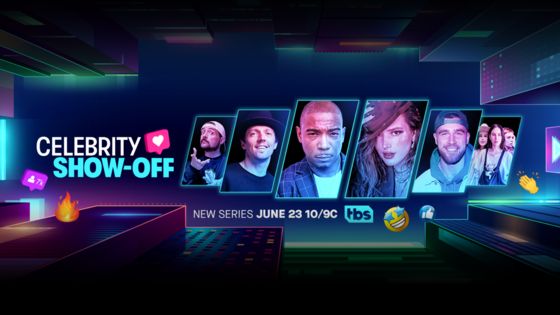 
The American version of MBC’s “My Little Television” — titled “Celebrity Show-Off” — will air on TBS from June 23.

Craig Plestis, the producer behind the hit show “The Masked Singer” aired on Fox broadcast — also adapted from MBC’s “The King of Masked Singer” — is reported to have brought the format of another Korean show format to TBS.

"Celebrity Show-Off" will consist of 10 episodes in which celebrities compete against one another in their respective homes to attract the most online viewers with their content.

They will be scored by total views, view duration and viewers’ engagement. Each week they will gather in a virtual studio to find out who will stay in the competition. The participants with the lowest scores will be replaced by new stars. The longer celebrities manage to stay on the show, the more money they will be able to raise for charity.

The shows’ producers reported that as few staff members as possible will work on the set taking into account the coronavirus pandemic.

“It is certainly meaningful that amidst the frozen global content market due to the coronavirus pandemic, another content format was sold to the American market after ‘The King of Masked Singer,’” MBC broadcast said in an official statement. “We hope that like the precedent set with ‘The King,’ the format of ‘My Little Television’ can spread far and wide across the globe.”

First aired in February 2015, the MBC show was a hit thanks to celebrities’ active interaction with viewers and the creative content they brought to the show. The latest season ended in January this year.