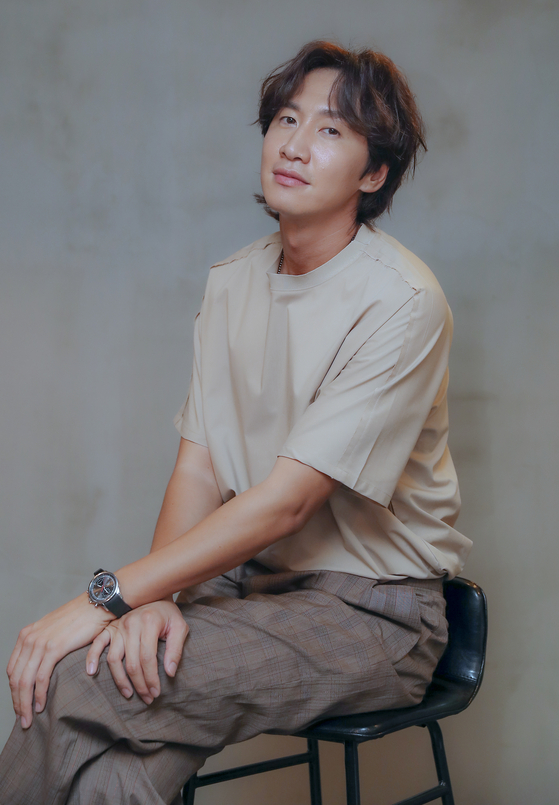 Actor Lee Kwang-soo received the best supporting actor from the 56th Baeksang Arts Awards held in June with his portrayal of Dong-gu in the 2019 film ’Inseparable Bros.“ It was the first acting awards he ever got since his debut in 2008. [LGAN SPORTS]


When the name of actor Lee Kwang-soo was called during the 56th Baeksang Arts Awards as the winner of the best supporting actor in the film category in June, the 36-year-old actor climbed the stage and stuttered in wonder. “I swear I didn’t expect to win this. I swear it.”

Months have passed since the award ceremony, but Lee was still being modest and doubtful about whether he was eligible to win the prize. He recently showed up at a local pub for an interview with the Ilgan Sports, an affiliate of the Korea JoongAng Daily, and said he was in disbelief on the day when he grabbed the golden trophy. “I couldn’t believe it. I became very emotional back then,” recalled Lee.

Lee is often mislabeled as a comedian as he has been appearing on the reality TV show “Running Man” on SBS for 10 years and is beloved for his quirky character. However, Lee actually debuted as an actor in 2008.

Lee has been playing a wide scope of characters, but he was oftentimes overlooked due to his on-screen persona on “Running Man.” But his recent portrayal of Dong-gu, a young man who has a mental disability, in the 2019 film “Inseparable Bros” won him the first acting award of his career. All the judges at the Baeksang Arts Awards were reportedly in agreement that Lee was the most deserving of the prize.

The following are edited excerpts from the interview with Lee. 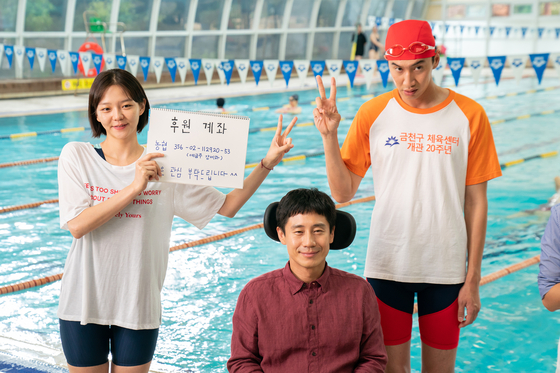 A still from the 2019 film ’Inseparable Bros.“ Lee, right, plays the role of Dong-gu who is mentally challenged. [NEW]

Congratulations on winning the best supporting actor prize at the Baeksang Arts Awards. You looked very nervous on the day of the event.


I was extremely nervous and didn’t expect it to happen. If you saw the awards ceremony, you would know that I was talking gibberish during the acceptance speech. I just went to the awards thinking that it was an honor for me to be there with the other actors.

It’s been said that all the judges [for the Baeksang Arts Awards] unanimously voted for you and that some said you reminded them of [Hollywood actor] Adam Driver.

I personally like Driver so much. When the “Star Wars” film came out, I heard some people saying he and I look similar. I’m honored to hear that.


You’ve been playing some extreme roles so far especially in films. Why is that?


I think I’m drawn to such unique characters. When I come across new characters that I haven’t played before, I find myself enjoying the whole procedure of preparing for the role. I think I intentionally seek out those roles.


It seems like you are open to challenges and failures.


That’s right. I talk to myself, ‘Let’s do this. If it doesn’t work out, then I won’t do it next time.’
You’re working on a new film, and your other new project is slated to open sometime this year. Tell us more about it.


I’m playing this unfortunate role of Mr. Kim who happens to go to his colleague’s housewarming party, but the house falls into a sinkhole and he ends up trapped inside. We’re still in talks about setting the release date for the film.

I also have high expectations for [my other film] “The Pirates 2” because the first installment was a huge hit and the script is well-written. I like everyone working on this film set including the director.

I don’t laugh that much when I read scripts, but I laughed out loud when I was reading the story.


You are now synonymous with the TV show “Running Man." How long are you planning to be on the show?


Once, there was a time when I thought that I had to choose between being an actor and an entertainer. A lot of people around me gave me advice [to focus on my main career], but “Running Man” made me who I am.

So my conclusion is as long as the show is airing, I will go with it.


Would you describe yourself as a modest person?


I’m very generous to myself (laughs). When I finish one film or drama series, I praise myself a lot. I also buy myself a gift.


What makes you feel proud to be an actor?


I’m happy when I get proposals for new work. It is like a signal telling me, “You’re doing great. You’re not that bad.” Dramas and films are something you can’t work on alone. It requires a lot of production costs, too. When they want me, I feel flattered.


What are you up to these days?


I often go out for a walk by myself. In the past, I felt uncomfortable when I was left alone. But these days I find pleasure in being alone. This kind of me-time makes me feel free.


Where do you prioritize in your life?


I try to live every day to the fullest. I also like to stick to a realistic plan of doing small things first. Small things make me happy.


One last question for you. This is probably a question that everyone wants to ask. When did you stop growing?


I’ve never had this kind of question since I debuted (laughs). I reached this height when I was in high school. I’m 192 centimeters [6 feet, 4 inches] tall.

My mom is 163 centimeters tall while my father is 178 centimeters tall. Back in school, I got offers to join basketball and volleyball clubs, but I’m not good at sports.