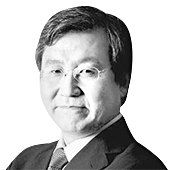 Hahm In-sun
The author is a professor of architecture at Hanyang University.


Unlike Korea, apartments are not a popular form of housing in the United States because Americans often have enough park space and leisure facilities, such as gyms and swimming pools and other open spaces, near their detached houses. The Great Society plan led by former U.S. President Lyndon B. Johnson is what led to such a landscape. The U.S. Department of Housing and Urban Development (HUD) was established in 1965 as the Johnson administration tried to rebuild and revitalize poor, urban areas with federal funds.

In Korea, on the other hand, vast green areas and public facilities are often concentrated in or near apartment complexes, not detached houses. The Moon Jae-in administration had been hoping to change this through its Urban Restoration New Deal initiative — before a new type of New Deal was detailed last week, in what the government called a Korean New Deal based on digital technology and non-face-to-face industries. The ruling Democratic Party’s chairman dubbed it the Corona New Deal, while the deputy prime minister for economic affairs distanced the Korean New Deal from a stimulus package focused on civil engineering plans.

So does that mean the Moon administration will scrap its Urban Restoration New Deal project? It should not, and here’s why.

The first problem with the Korean New Deal is that it sounds like an industrial project. Such was also the case with the previous  Green New Deal and Smart New Deal projects of the previous administration.

The original New Deal plan not only refers to a series of programs enacted by U.S. President Franklin D. Roosevelt, it also encompasses President Theodore Roosevelt’s Square Deal, President Harry S. Truman’s Fair Deal and President Johnson’s federal government-led social welfare reforms. In the United States, the measures touched on labor, medical and education reforms, and led to economic growth and the creation of more jobs. I find it embarrassing that the Korean government is trying to resuscitate the domestic economy simply by changing the main theme of its New Deal to digital technology.

The second problem is that the latest Korean New Deal is centered on digital technology and non-face-to-face industries. Robert Reich, a former U.S. secretary of labor and a professor of public policy at the University of California at Berkeley, has recently pointed out that the Covid-19 pandemic is putting America’s deepening class divide into stark relief as people are forced to work in different settings. By expanding digital infrastructure, the Korean New Deal may benefit only those who can work remotely, known as “the remotes.” That’s why the Korean government should approach the issue with a broader perspective, taking into account not only technological and industrial problems, but also social and spatial problems.

The Korean New Deal ought to inherit and expand the principles of the previous Urban Restoration New Deal project, which integrated a social agenda to reduce spatial inequality that arose from economic development. The Korean New Deal can only work in the post-Covid-19 age when the government takes that social agenda and combines it with ways to reduce inequality stemming from spatial separation in the non-face-to-face era.

The Korean New Deal must also be able to flexibly respond to the shifting demands of urban space in life after the pandemic. Demand for office space will fall, whereas demand for housing and living spaces will rise. By expanding life-friendly social overhead capital, the Korean government must dig for ways to improve the quality of existing homes and transform offices into urban housing units.

Demand for green areas, parks and medical facilities will rise, too. The per capita space of urban parks in Jongno District, central Seoul, is 16.2 square meters (174 square feet), whereas the corresponding figure for Geumcheon District, southern Seoul, is 0.89 square meters. Gangnam District in southern Seoul has 2,619 hospitals, while Dobong District, northern Seoul, has only 364. Paradoxically, the pandemic can offer solutions to such disparities because fewer cars are now on the road. We can use whatever road space and parking lot now idle to create green fields and sites for public facilities.

Digital innovation and economic revitalization are both great for the Korean New Deal, but the deal would fare a lot better with a more humanistic touch, as well.

Importers association looks for ways to use its big data