[Living Tradition] The secret of taeji

[Living Tradition] The secret of taeji 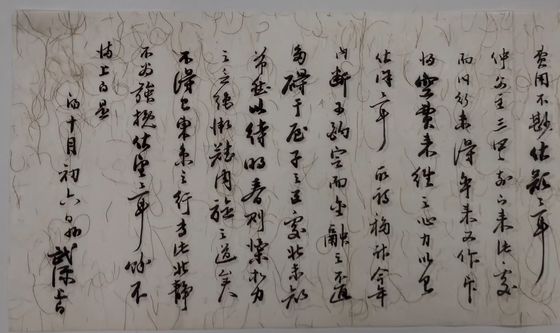 The National Institute of Forest Science announced Monday that it has rediscovered a traditional way of making a type of hanji (Korean traditional paper) used in the palaces during the Joseon Dynasty (1392-1910). The hanji, called taeji in Korean, was used by the dynasty, but the way in which it was made and the ingredients used have not been known. The institute collected and analyzed samples of taeji from the 1700s and found that a type of algae plant was used for the paper. With technology developed by Gyeongnam National University of Science And Technology in South Gyeongsang province and other institutes, the paper was remade recently, shown above.

One of their own games