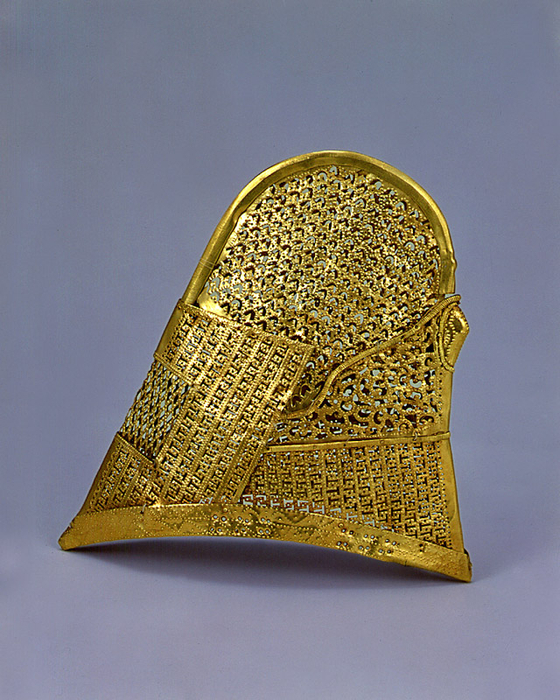 This hat is worn beneath a golden cap.
It was found in Cheonmachong tomb.
It is 16cm (6.3 inches) in height and 19cm in width.
The hat was discovered between a coffin and a case holding the remains of the deceased.
The semi-circle hat with a flared base consists of four parts.
The part below is in the shape of a bow, as used in archery.
The upper part of the hat is decorated by lines forming eyebrows, small holes and dots.
Below it is another engraving drawn in the pattern of clouds.
The hat seems to have been worn a lot as it appears to have been repaired.

The photos and text for this National Treasure are provided by the Cultural Heritage Administration. For more information, call (042) 481-4650 or visit www.cha.go.kr.