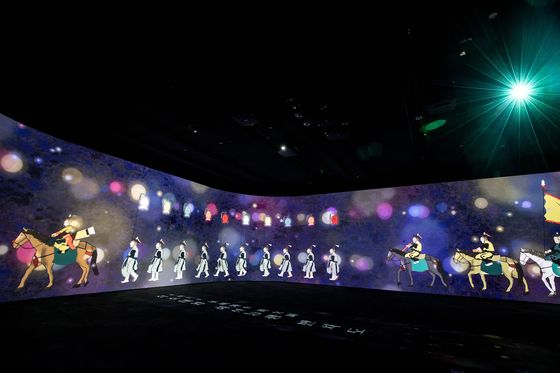 The new viewing room at the National Museum of Korea in central Seoul shows the royal procession of King Jeongjo (1752-1800) in 1795, one of the largest public events in the Joseon Dynasty (1392-1910), in a panoramic digitization. [NATIONAL MUSEUM OF KOREA]

In the year of 1795 during the Joseon Dynasty period (1392-1910), word got out in towns in Gyeonggi that the king’s procession would soon be passing through.

Guards and soldiers were to lead the procession, followed by officials of the court and musicians, the royal seal of King Jeongjo (1752-1800) and the palanquin carrying Lady Hyegyeong, the king’s mother. It was hard for onlookers to tell where the king was seated — he was said to be one of the horseback riders. Flags depicting a dragon, signifying the king’s presence, were held high in the air by procession officials.

The procession, involving some 6,000 people who were making their way toward the tomb of the king’s father in Suwon, Gyeonggi, was one of the largest public events of the century.

And you can see it for yourself at the immersive digital gallery of the National Museum of Korea in central Seoul once it reopens.

Unfortunately, due to a spike in cases in Seoul, the National Museum of Korea, which was set to reopen on June 15 announced on Friday that it would be shut until further notice.

“We will make an announcement on our website when we decide to reopen,” said Jang Eun-jeong, researcher at the museum in charge of curating the gallery project. “We hope it will be soon, but the number of new infections will have to drop back to single digits for a reopening to be considered.”

When the museum does get back to normal, visitors will be led into a dark room, the size of half of a soccer field, located on the first floor of the museum’s permanent exhibition hall. The door closes and the procession begins, stretching out in a panoramic view on all three walls before the visitors.


“We have opened the new gallery with hopes to bring parts of Korean heritage and history before our time closer to the younger generation,” the museum said in its statement on May 20, when it opened the gallery project. 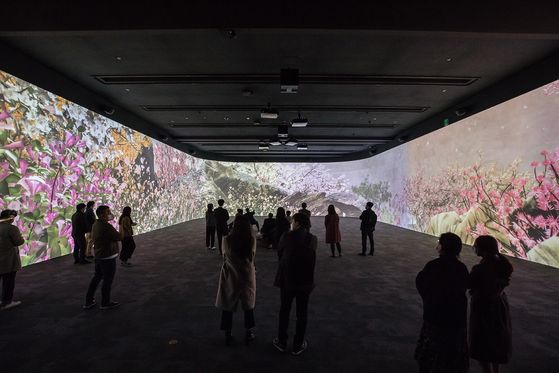 A viewing room created anew last month at the National Museum of Korea in central Seoul as part of its immersive digital gallery project. [NATIONAL MUSEUM OF KOREA]


The museum’s researchers and the crew at Korea Creative Content Agency who worked together on the gallery project, used the visual records of the procession in Uigwe (the Royal Protocols of the Joseon Dynasty) and took some liberty in imagining some behaviors of members of the procession, with some dancers twirling in traditional hanbok and some drummers wearing comical facial expressions.

The gallery project that opened last month is divided into several parts in the museum.

There are two viewing rooms on the first floor of the permanent exhibition hall, one of which shows King Jeongjo’s royal procession but also other works such as the famous Buddhist painting series the “Ten Kings of Hell,” reinterpreted through digital works.

The second viewing room, located on the other side of the hall, was created to provide the visitor an exclusive look inside three Goguryeo (37 B.C. to A.D. 668) tombs in North Korea, which are not accessible to the general public. 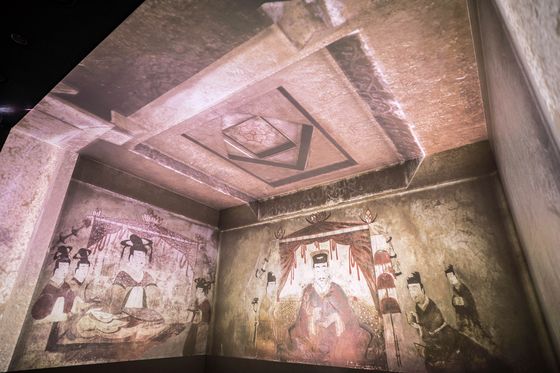 A viewing room on the first floor of the permanent exhibition hall of National Museum of Korea shows reproductions of murals in Goguryeo Kingdom (37 B.C. to A.D. 668) tombs in North Korea. [NATIONAL MUSEUM OF KOREA]

All three walls and the ceiling are lighted with the images taken inside the tombs to give the visitor a feeling of standing inside Anak Tomb No. 3, Daean Deokheungri tomb and the grand tomb of Gangseo, all in North Korea and dating back to the Goguryeo kingdom.

The tombs are part of the Complex of Goguryeo Tombs inscribed in the list of Unesco World Heritage sites in 2004.

Located on the second floor of the permanent exhibition hall of the museum is another viewing room with VR programs, which require reservations though the museum’s website.

“You can experience through the VR programs how cultural heritage properties are managed and preserved at the museum,” the museum said in its statement. “And you will be able to try your hand at applying preservation work on some objects.”

The project has been applied to the Gyeongcheonsa Pagoda, national treasure No. 86, which stands on the first floor of the permanent exhibition hall.

Visitors can use their cell phones to scan codes available at the pagoda to view details up close on their phone screens. 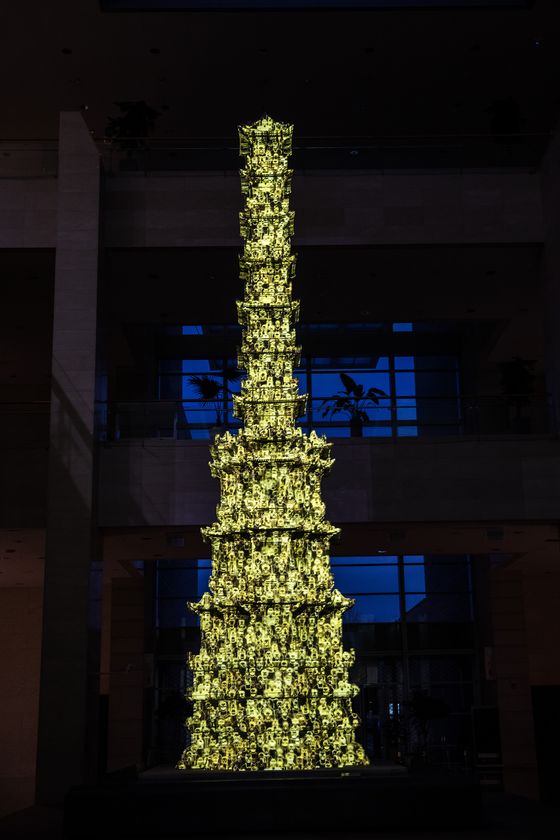 Gyeongcheonsa Pagoda, national treasure No. 86, stands on the first floor of the permanent exhibition hall of the museum. It is lit up after sunset using media facade technology, on Wednesdays and Saturdays, when the museum remains open until 9 p.m. [NATIONAL MUSEUM OF KOREA]

The museum extends operating hours to 9 p.m. on Wednesdays and Saturdays, and on these days visitors can see the media facade on the pagoda after the sun sets.


“In this time of Covid-19 outbreak, museums have to think of different ways to share content with visitors,” said Bae Ki-dong, director of the museum. “The digitization of the content could open up new ways to cooperate with museums abroad.”

The project between the museum and Korea Creative Content Agency, which cost them 10.8 billion won ($8.98 million) will continue, with more digitized content to be released in national museums in Gwangju, Daegu and the North Chungcheong city of Cheongju. 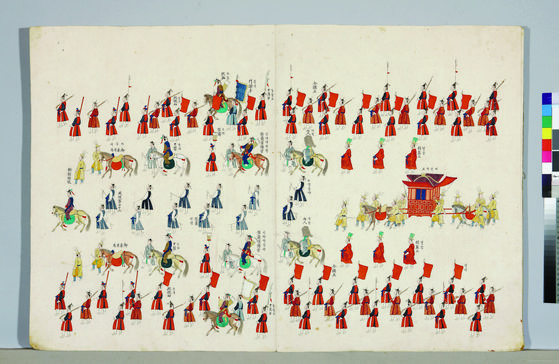 A depiction of the royal procession of King Jeongjo and his mother Lady Hyegyeong to the tomb of Prince Sado, Jeongjo’s father, in Suwon, Gyeonggi, in 1795. [NATIONAL MUSEUM OF KOREA]