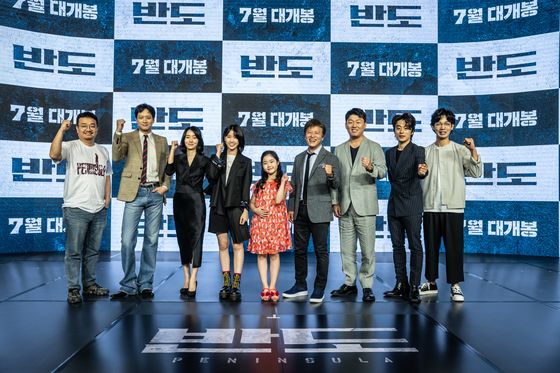 The question that everyone’s been asking since the news hit that director Yeon Sang-ho is working on the follow-up of “Train” may have been partially answered when “Peninsula” was selected for the 2020 Official Selection list announced by the Cannes Film Festival on June 4.

At the online press event on Tuesday, director Yeon Sang-ho admitted that it “was a relief” to see that the film earned approval from the juries.


“It doesn’t mean that Cannes Film Festival is the only yardstick [to determine the success of the film] but the cast and the staff were definitely able to breathe more easily after we heard the news,” actor Kwon Hae-hyo said. “We like to think that the quality of our film has been somewhat proven through the Cannes festival judges and meet the audience [with confidence].”

The unspoken taboo in the film industry is that no matter how good the original film is, the follow-ups or sequels often leave fans disappointed. 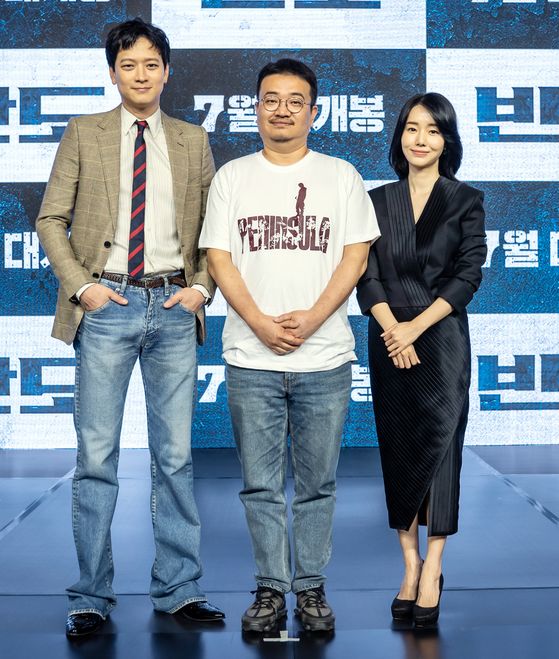 
Actor Gang Dong-won had this same concern, but that was before he saw the script for “Peninsula.”

“As an actor, you can be put under pressure to continue telling the story of a prior film, but all of that dissolved after I read the script,” Gang said. “Besides, there was never before a post-apocalypse film in the Korean film industry so I’ve always wanted to be part of one.”

The story of “Peninsula” centers around Jung-suk (played by Gang) who escaped a zombie-riddled Korean Peninsula four years ago but due to an irresistible offer, goes back to the arid landfill.

Actor Lee Jung-hyun and child actor Lee Re both leaped at the opportunity when Yeon asked them to feature in the film as survivors Min-jung and Jooni.

“I was such a fan of ‘Train to Busan’ — I think I saw the film about five times in cinemas,” Lee Jung-hyun said. 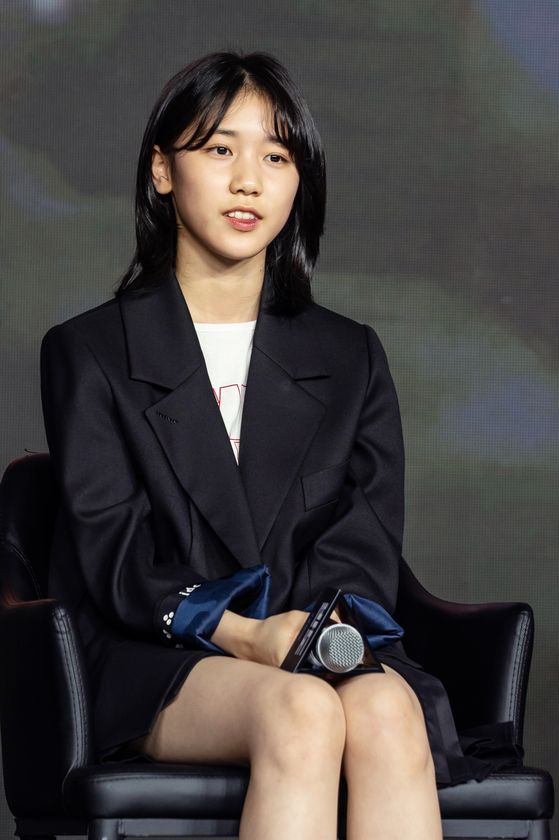 
“As a member of the audience who was waiting for another film to come out, I jumped at the chance when the proposal came,” Lee Re said. “Also, Jooni [my role] was a character that I’ve never encountered before — she’s a real tough cookie.”

“Her combat power tops all the characters in ‘Peninsula,’” Yeon said. “The idea for ‘Peninsula’ stemmed from this imagery where this little girl riding a huge car wipes out the zombies. That concept was reflected in Jooni.”

Kwon, another survivor whose character is only known by his surname, Kim, introduced his character as “an unidentifiable old man living with the children in the ruins.”-jin and the old man Kim are the "survivors" of the apocalypse. Child actor Lee Ye-won features as Yoo-jin, Min-jung’s daughter, with exceptional talent in controlling the remote control cars to lure zombies sensitive to lights and sound.

“I am [one of] the adults who try to take care of the children left on the wasteland, but I tend to mentally rely on them too,” Kwon said.

Like “Train,” “Peninsula” will also feature various sides of humanity — but this time, in the situation of a post-apocalypse.

The main characters can largely be divided into three groups: Jung-suk and Chul-min are the ones who "go back" to the peninsula. Actor Kim Do-yoon portrays the role of Chul-min, Jung-suk’s brother-in-law, who also returns after he lost his wife and son in the zombie apocalypse.

Min-jung, Jooni Yu-jin and the old man Kim are the "survivors" of the apocalypse. Child actor Lee Ye-won features as Yu-jin, Min-jung’s daughter, with exceptional talent in controlling the remote control cars to lure zombies sensitive to lights and sound.

Actors Kim Min-jae and Koo Kyo-hwan represent the “crazy” characters — soldiers who have lost their humanity in the four years since the apocalypse. 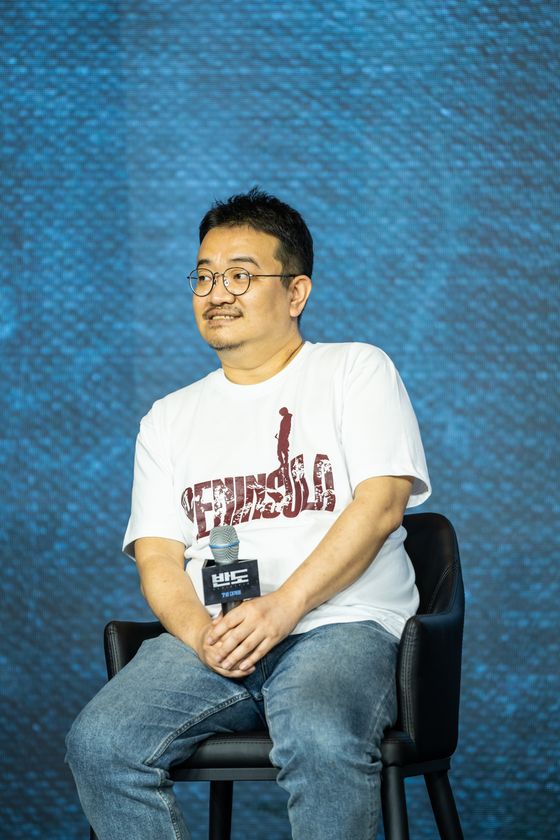 
“Car chases are another important motif of this film,” Yeon said. “If ‘Train’ was centered around action [scenes] in the confined space of a train, I put a lot of effort into the car chase scenes in the apocalyptic situation, which I believe that the audience has never seen before.”

Yeon hopes that his upcoming film can offer the thrill of an interactive cinema experience, where the audience will get to indirectly battle the zombies alongside the characters.

“I think the zombies in ‘Peninsula’ have evolved as well, because they’re even faster than the zombies from ‘Train,’ which adds to the thrill of the chase,” Lee added.

According to the director, choreographer Jeon Young who was in charge of overall zombie movements for “Train,” Netflix series “Kingdom” and “Peninsula” will also feature as one of the zombies.


“He will feature as a zombie who walks on all fours,” Yeon hinted. “You will all be surprised [by his appearance].”

Ever since “Train” opened the gateway for zombie blockbusters, the undead characters in local movies have been affectionately dubbed as “K-zombies” by global fans. When asked to single out what differentiates K-zombies from their counterparts, the director replied the attraction of “K-zombies” lies in their complexity.


“They’re not merely just gory creatures,” Yeon said. “Just a moment ago they were our neighbors, friends, the same human beings like rest of us, and [even after they’ve turned to zombies] they are victims of this apocalypse — these many layers that surround the zombies are what I think differentiates ours from rest of the world.”

Audiences can find out for themselves when the "Peninsula" premiers in July.