With the coronavirus pandemic showing no signs of letting up, especially in Seoul and Gyeonggi over the recent weeks, the Korean government decided to extend its re-implemented social distancing guidelines indefinitely.

In line with the move, some national theaters have canceled their scheduled shows.

“The Complete Performance of Pansori,” slated for June 20 at the National Theater of Korea, central Seoul, was called off.

Original theatrical performance “Fireworks,” slated between June 18 and July 12, at NTC Creative Space Pan, central Seoul, has been canceled, too. 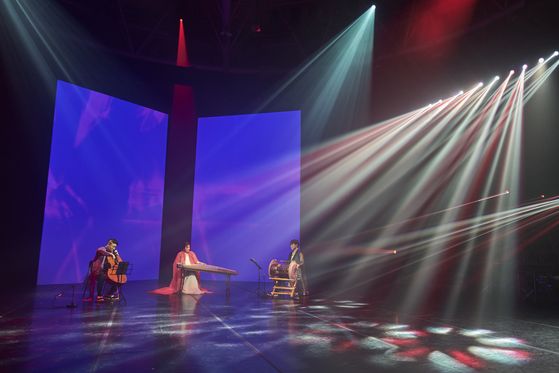 A three-colored flower for gayageum and cello. [NATIONAL ORCHESTRA OF KOREA]

A THREE-COLORED FLOWER FOR GAYAGEUM AND CELLO
June 26: National Orchestra of Korea will live-stream a series of concerts as part of its online music festival every Friday until July 3. Its upcoming June 26 show is a cross-over concert, in which cello, gayageum (Korean zither) and janggu (hourglass-shaped drum) performers play an instrumental track together that is themed on a flower with three colors.


The concert starts at 2 p.m. It is available at the official YouTube channel of the National Orchestra of Korea (https://www.youtube.com/ntoknok) or on Naver TV (https://tv.naver.com/ntok). 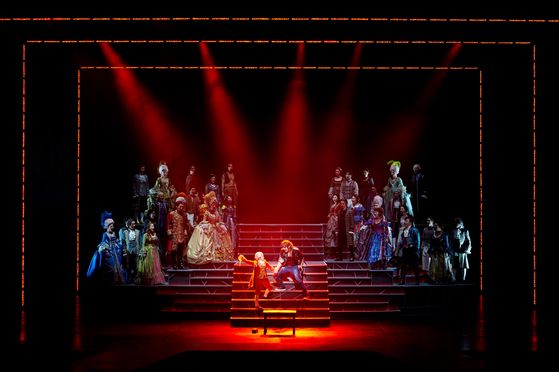 Life of Wolfgang Amadeus Mozart unfolds on the stage as musical ’Mozart!“ The musical returns to the home soil nearly four years after it was last performed. The still image was taken in 2016. [EMK MUSICAL COMPANY]

MOZART!
Sejong Center for the Performing Arts, Grand Theater
Through Aug. 9: The growing pains of genius musician Mozart unfold on the stage in the musical “Mozart!” which returns to Korea nearly four years since it was last performed. “Mozart!” revolves around the life of Wolfgang Amadeus Mozart. Under the guidance of his strict yet loving father, Mozart and his sister Nannerl have performed for aristocrats since they were young, but now that he is older, Mozart grows sick of the society he belongs to. He wants to escape from reality, so he goes on a trip.

But the death of Mozart’s mother eventually brings him back to his former life. And the musician makes up his mind to stand up against people who try to control his life. The musical took home 11 prizes from various local musical awards when it premiered in 2016.

Singer-actor Kim Jun-su, a member of K-pop boy band JYJ, and musical actors Park Kang-hyun and Park Eun-tae will alternate in the role of Mozart.

The performance premiered in Seoul in 2016 and went on a nationwide tour. Lee also presented the performance in countries including France, Taiwan, Romania and Japan.

The show is set in Geneva. Homero and his wife are foreign workers struggling to make ends meet by doing chores at a hospital. One day, the couple comes across the former president of their country, who lands in Geneva to cure his illness.

Through the encounter of the three strangers who all happen to be in Geneva, the performance sheds light on the life of people who are relocated from their homes.
Lee is well known for putting spins on pansori by combining it with various music genres.

The performance starts at 8 p.m. during weekdays and 5 p.m. on weekends. There are no shows on Mondays and Tuesdays. 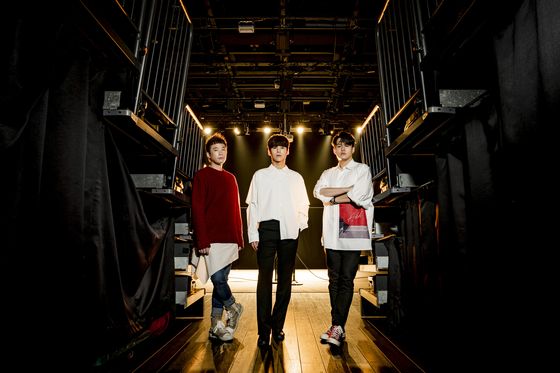 
Hosted by the National Theater of Korea, the festival, in its 11th year, has been making efforts to show the beauty of traditional Korean music by blending it with other genres of music from classical to jazz to hip-hop.

For “Sam-hap,” three young Korean musicians join forces. Daegeum (large bamboo transverse flute) player Lee A-ram, pansori (narrative singing) performer Kim Jun-su, who enjoys as much popularity as a K-pop boy band, and Jung Jae-il, a music director who has worked on famed domestic films such as “Parasite” (2019), work on the theme of this year’s festival “Here and Now” to represent Korean music of today.

In order to make opera more accessible to those who are new to it, the organizer of the concert said traditional opera singers and cross-over musicians will perform together.

THE PHANTOM OF THE OPERA
Blue Square, Interpark Hall
Through Aug. 7: The musical centers around Christine, who used to be an obscure singer but finds herself filling in for leading soprano Carlotta and eventually soaring to stardom. But Christine is abducted from her dressing room one day by a disfigured man dubbed The Phantom of the Opera. Although Christine is released the condition that she will stay devoted to The Phantom, Raoul, who is in love with Christine, promises that he will confront her abductor.

The plot is the same, but the producers reportedly upgraded all of the show’s props, including the chandelier — a key piece in the musical.