Through April 25: Musical Gwangju, which tells the story of Korea’s May 18 Democratic Movement that occurred in Gwangju in 1980, is set to be staged at the LG Arts Center, prior to commemorating the upcoming 41st anniversary. The musical was produced by the Ministry of Culture, Sports and Tourism and Gwangju Metropolitan City last year to mark the 40th anniversary.

The story is told through the eyes of a character named Park Han-su, a member of the military who gets sent to Gwangju to suppress the uprising. Instead of directly fighting the protesters, he is ordered to spy on them and encourage them to take violent actions so that the military will have an excuse to suppress them. But after witnessing the people's heartfelt desire for democracy, he decides to take their side, and help them. The musical is directed by veteran playwright and director Koh Sun-woong.

For the upcoming production, Min Woo-hyuk and CNU from B1A4 will alternate the role of Park.

April 14: Violinist Zia Hyunsu Shin will showcase the famous "The Four Seasons" by Antonio Vivaldi as well as Astor Piazzolla's "Four Seasons in Buenos Aires" during an upcoming concert.

Thanks to her powerful performances, Shin has earned a wide fandom. She won the first prize at the Marguerite Long-Jacques Thibaud International Violin Competition in 2008 and made her professional debut as a solo violinist the following year playing Mendelssohn Violin Concerto at the National Symphony Orchestra of Washington D.C. under Ivan Fischer. 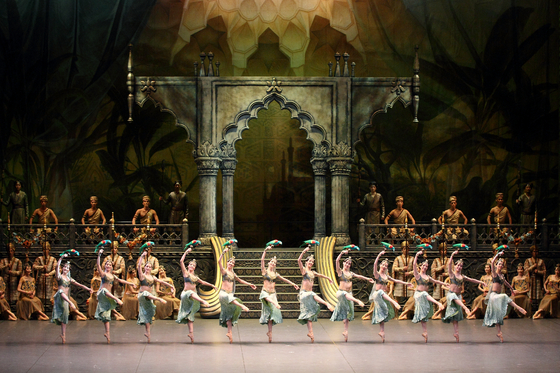 April 27 – May 2: A new staging of choreographer Yuri Grigorovich’s “La Bayadère” has been one of the Korean National Ballet Company’s signature repertoires since its premiere in 2013. The state-run ballet company is bringing this blockbuster piece, which requires spectacular staging and 120 dancers to Seoul Arts Center in southern Seoul for the first time in five years.

Set in India, “La Bayadère” tells the story of eternal love, mystery, fate, vengeance and justice. For the upcoming production, four couples alternate the roles of Solor, a noble warrior and Nikiya, a temple dancer.

The four couples are; Park Seulki and Kim Ki-wan, Kim Li-hoe and Park Jong-seok, Shin Seung-won and Heo Seo-myeong and Park Ye-eun and Ha Ji-seok. All dancers are principal dancers of the Korean National Ballet, except Ha, who is a soloist.

April 27 – June 20: Based on the Japanese play “This Time it’s Real” by Mayumi Nakatani, the Korean production of the play with a new title, “Hello Summer” will be staged at the Doosan Art Center in central Seoul. The play, which premiered in Japan in 2002, revolves around a couple who have been married for six years.

April 28 - May 2: For those stuck in the nation amid the coronavirus pandemic, unable to go and enjoy performances in Europe, the LG Arts Center decided to bring the Avignon Festival, a world renowned performing arts festival that gets held in France every year, here.

Five film versions of the performances that were once performed at the Festival d’Avignon will be presented, including “Hamlet” directed by Thomas Ostermeier, “My Cold Room” by Joel Pommerat, Shakespeare’s “King Lear” by Olivier Py, “Thyeste” by Thomas Jolly and “Cesena,” which will be presented by dance ensemble Rosas. 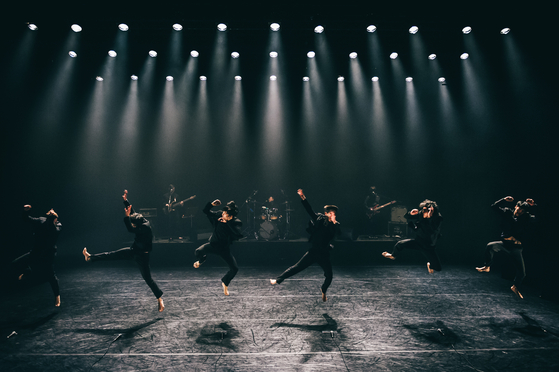 May 7 – 8: Choreographer Kim Jae-duk will be presenting two of his representative pieces “Sinawi” and “Darkness Poomba” at the LG Arts Center.

“Sinawi” is a 15-minute impromptu solo piece by Kim that combines dance, music and an unintelligible speech known as “jibberish.” “Darkness Poomba,” which is the most popular work from his company Modern Table, is a contemporary dance piece that reinterpreted “Poomba,” a Korean folk song. For this piece, Kim dances with six other dancers.

Through July 18: The Korean production of a hit musical “Chicago” is being staged at the D-Cube Arts Center in western Seoul.

The musical revolves around Roxie Hart, an ambitious chorus girl, who murders her lover. Tiffany Young, a member of K-pop girl group Girls’ Generation has been cast to play Roxie. Veteran musical actor and singer Ivy will alternate the role with Tiffany Young.