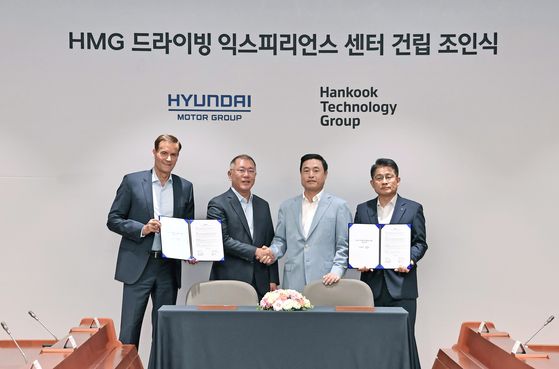 
Hyundai Motor Group will set up the country’s biggest driving center by the first half of 2022, offering various driving courses as well as education programs and leisure activities.

Korea's No. 1 auto company said Wednesday it has joined forces with Hankook Tire & Technology to use its soon-to-be-built proving ground in Taean, South Chungcheong province, to use the tire company's test tracks for Hyundai's driving courses. 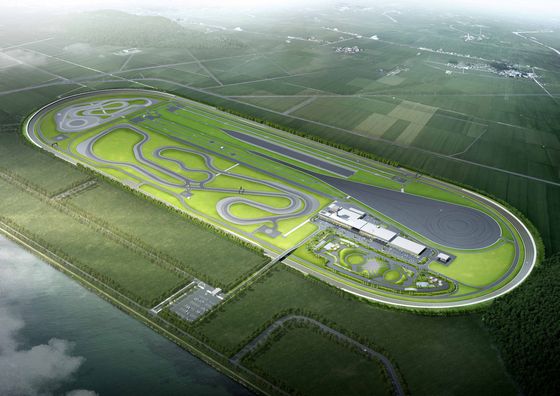 “Hyundai Motor Group’s driving experience center will use most of the test tracks at the Hankook Tire & Technology’s proving ground and also build a separate two-story building,” the automaker said in a release June 17.

A Hyundai Motor spokesman explained that the automaker will pay the tire company to operate the center.

Dubbed the HMG Driving Experience Center, the facility will have eight courses where drivers can test out the group’s Hyundai, Kia and Genesis vehicles.

The courses include high speed tracks as well as a slalom course, where the driver has to navigate around traffic cones, and an off-road course consisting of slopes, pebbles, sand and a waterway.

The center will do more than just offer driving experiences.

It will also provide education programs where professional instructors can teach driving skills including how to utilize the latest high-tech functions installed in the cars. There will also be a lounge big enough to accommodate 300 people and an exhibition space where the carmaker will showcase its latest auto technology and brand story.

Hankook Tire’s proving ground in Taean is scheduled to finish construction in the first half of next year. The design of the test tracks has been outsourced to Applus Idiada, a multinational engineering company based in Barcelona, Spain, to make it suitable for testing not only internal combustion engine vehicles, but also electric ones and autonomous ones.

Hyundai Motor Group, the world’s fifth largest carmaker by sales, will be the third car company in Korea to open its own driving center.

BMW Korea in 2014 built its driving center in Yeongjong Island, Incheon, with an initial investment of 77 billion won ($63.5 million). It later announced a plan to invest 12.5 billion won to expand it. The facility is 290,000 square meters. In 2018, Mercedes-Benz Korea also rebranded Samsung’s Everland Speedway in Yongin, Gyeonggi to make it an AMG Speedway.

“The group’s driving experience center is expected to develop new auto culture where anybody could have fun and easily learn how to drive through the center’s various education and experience programs,” Hyundai said in a statement.