From the rink, pool and court to the football pitch

From the rink, pool and court to the football pitch 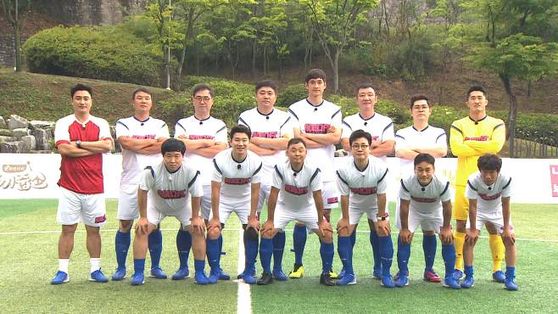 What would it look like if legendary basketball players, marathoners, speed skaters and even swimmers formed a football team?


“We still remember our first match against a proper football club,” said Sung Chi-kyong, chief producer of the program in a recent interview with Ilgan Sports, an affiliate of the Korea JoongAng Daily. “We lost 11 to 0.”

“We thought that it could be fun if we put together a football team consisting of legendary athletes,” said Mo Eun-seol, writer of the TV program. “It was fun initially to watch players, for whom football was not their sport of expertise, train and play in matches together.”

The team has had four wins, two ties and 22 losses.

Sung and Mo spoke to Ilgan Sports recently to look back on the year and recount the team’s failures and successes. The following are edited excerpts of the interview.


Did you expect the initial losses of the team when you planned the program?


Sung Chi-kyong: When we came up with the idea, we wanted to see how well the legendary players would do playing football together. We really did not expect to lose 11 to 0. I think a lot of us were relieved when we lost only one-nil in our latest match (laughs).

Mo Eun-seol: I think that initially it was fun to watch these legendary players struggle — it showed a side of them that was different from what we were used to watching. But I think once the performances were bad consistently, it was not so fun to watch anymore. To be fair, football is not the type of sport that you can learn overnight. I think the team really grew when they went to Saipan for a match and trained like any other national team. The match following the trip to Saipan was the first one where the team won. That was a good moment.


How did the players take the initial struggles?

Mo: Oh it was hard. There were moments when they wanted to give up, because they weren’t getting better overnight, but their performances were still being aired on TV. I think the lowest points were December and January. But it was an all-around effort by the staff and the players to encourage each other to push through. And after a while, the players started reminding each other that this is a variety show and that they should enjoy playing together.


How did coach Ahn take all this?

Mo: I think for the first month and a half Ahn was in shock, and then for the next two to three months he wanted to give up (laughs). But when players started to get the strategies that Ahn would explain to them and actually show that they can play them on the field, that’s probably when Ahn came to have more hope. 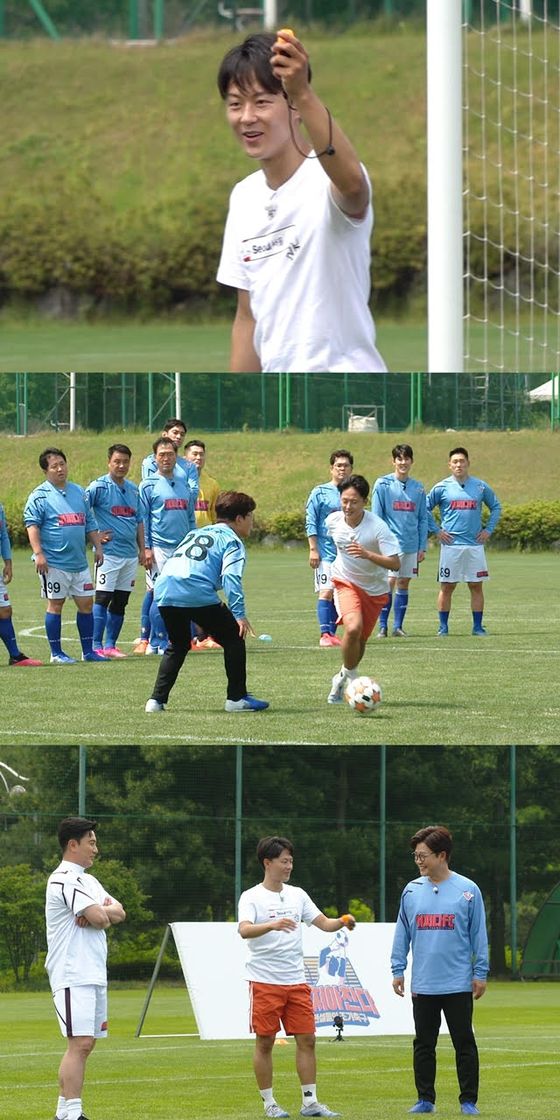 The episode with Yoo Sang-chul was very moving for many viewers. How did you plan that?

Sung: We were concerned about Yoo’s health [Yoo, one of the national players on the Korean team during the 2002 FIFA World Cup, was diagnosed with Stage 4 pancreatic cancer last year], but he was great during the filming of the show and he himself was enjoying it. It was a great opportunity to see Yoo again on TV.

Mo: We prepared for that episode for six months. Yoo and Ahn are very close, and since “The Gentlemen's League” is the only variety show on TV about football these days, it made sense to try to have Yoo join us if possible.


Do you have other guests that you’d like to invite to the show?

Sung: It would be nice to be able to have football players Cha Bum-kun, Hong Myong-bo, Park Ji-sung, Lee Young-pyo, Cha Du-ri or Son Heung-min join us.


Hur Jae was one of the players who saw popularity through the program.

Mo: We were looking for a sports player who had not been on TV before. Hur was the perfect fit. He had turned down our offer for a role in another JTBC program before, so we weren’t sure whether he would say yes this time. Upon hearing more about the program, Hur said he decided to join because the show was almost all about sports. His quick comments and honest expression of emotions worked really well for the show. I think that’s one of the reasons why he is popular with the viewers.

Sung: His health has significantly improved, too. Now he can run nonstop for 40 minutes. He could probably return to the basketball courts if he wanted (laughs).


Where is the program headed from here?

Sung: From the episode that is to be aired this Sunday, we will be showing parts of the training the team has gone through for a match coming up. Viewers will be able to see how much each player has grown.

Mo: Our goal for now is to keep running the program well so that we celebrate our second anniversary next year. We will try to show other forms of cooperation that can happen among team members outside of sports as well. 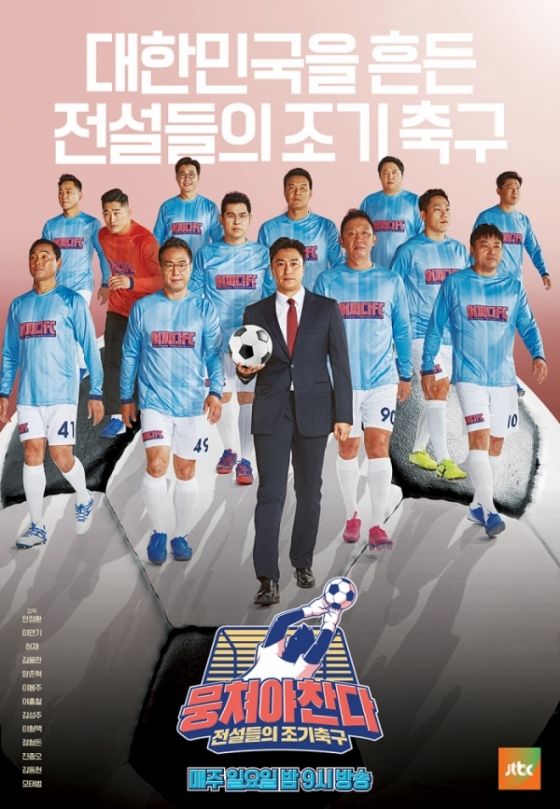 Poster for "The Gentlemen's League." [JTBC]