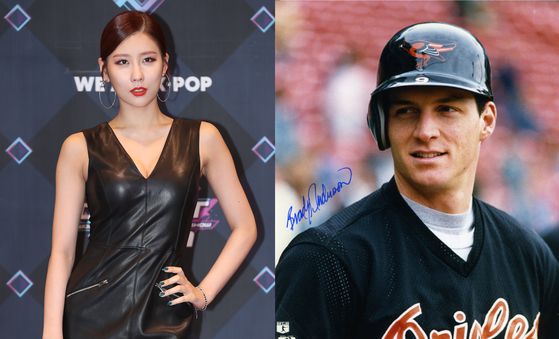 According to the report, the two started dating earlier this year after they became friends in 2012 when Stephanie was a part of the Los Angeles Ballet.

Anderson is a a former MLB All-Star who debuted in 1988 and was inducted into the Baltimore Orioles Hall of Fame in 2004.

Stephanie debuted in 2005 as part of girl group CSJH The Grace and started her solo career in 2012 with digital single "The New Beginning."

She jumped into musicals in 2018 and has since been cast in popular pieces such as "Oh! Carol."