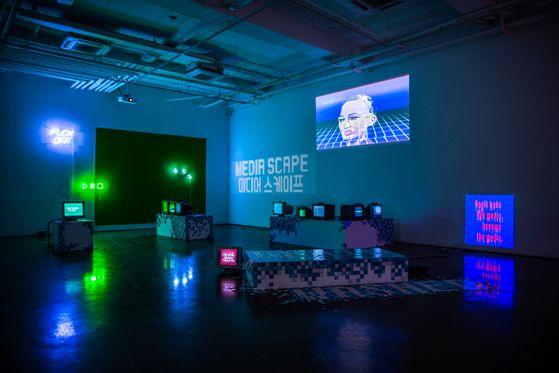 One gallery, one artist, two exhibitions — Arario Gallery in Samcheong-dong, central Seoul, simultaneously presents two of multimedia artist Insane Park’s exhibitions titled “I have no idea, because I have no idea” and “Joy of Painting,” to give a unique artistic experience to visitors.

Park, whose real name is Park Young-deok, began his artistic career in 2009 with a solo exhibition at Shinhan Gallery and started to see recognition from 2013, when he received an award from Italian luxury brand ETRO. His keen interest in how the media portrays issues and how society is shaped by the media allows audiences to question what they see in their everyday lives.

Arario separated “I have no idea, because I have no idea” and “Joy of Painting,” but at their cores the two exhibitions are quite similar. While “Idea” is about how digital media has changed along with what it portrays, “Joy” sheds light on how art is shaped by the market and media, and remains estranged from the general public. Starting with “Idea” in the basement floor, the first floor acts as the transition that leads the exhibition to “Joy” in the second floor.

“The usage of memes is the very method of how people communicate these days,” said Park. “I have always been interested in media and taking the 2-D images and putting them into a 3-D world. People communicate through short videos and emoticons and share their emotions or thoughts, and these are actually quite representative of how the world revolves.” 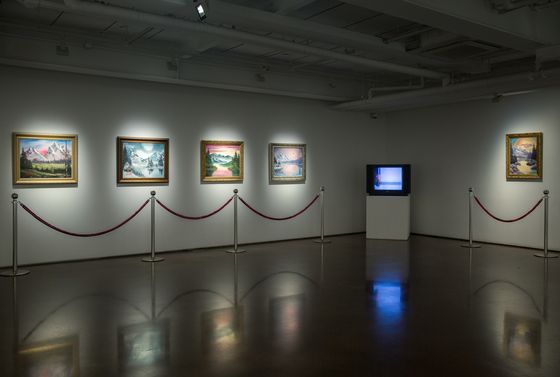 Insane Park's exhibition "I have no idea, because I have no idea" is also on display at Arario Gallery. [ARARIO GALLERY] 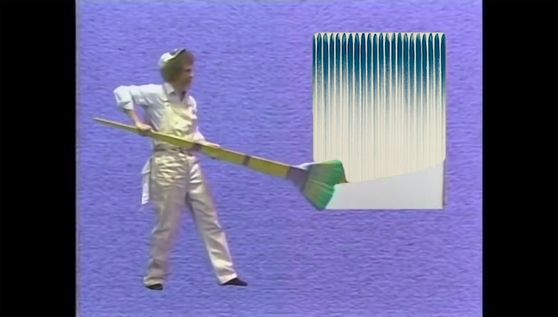 
The “Joy of Painting” on the second floor is also simplistic. In the middle of the room is an old TV where Bob Ross is giving his usual art lessons. But the video being played has been edited by Park, so that Ross teaches people how to imitate an abstract painting by Lee Ufan and Ross, says things like, “If you say anything, then the reporters will make the value for you,” to criticize how people enjoy works of art and just take the price for granted, without being aware of how art is made or the market is formed. Next to the video is paintings that Park made, watching Ross’s actual lesson videos.

“We may not realize it, but there’s a system to everything,” he said. “People don’t understand art or why a piece of art costs what it costs, but they still queue up to see a million-dollar painting just because it’s famous. I thought this disparity between people and the experts was very interesting."

The exhibition will be held until Aug. 15.