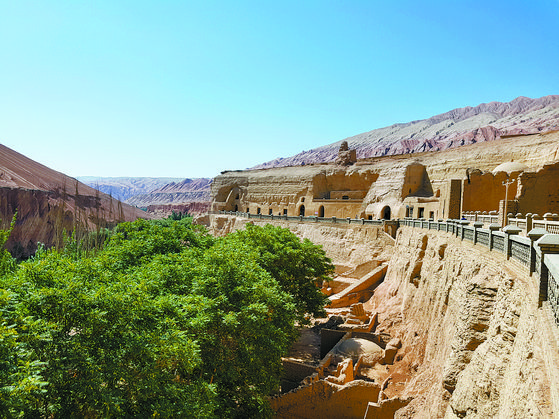 The Bezeklik Caves of Turpan, a city on the Silk Road, east of Xinjiang, China. [CHANGBI]

After decades of exploration that resulted in his famed travelogue series “My Exploration of Cultural Heritage,” author Yu Hong-june recently took on a much larger scale adventure: the Silk Road.

“The exploration of the Silk Road was perhaps the most touching among the journeys of my lifetime,” Yu told an audience at an online book talk about his newly published “My Exploration of Cultural Heritage: China Vol. 3” on June 13.

The third volume completes the series on China and follows the first two volumes published last year on Xi’an, Dunhuang and the Hexi Corridor. 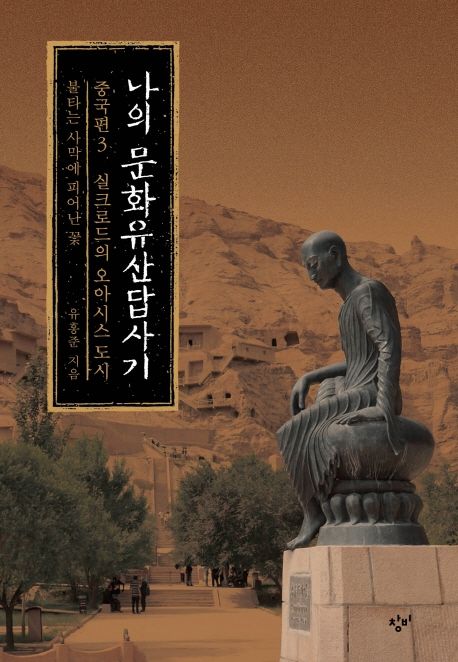 
Yu, also a professor of art history at Myongji University in Seoul and former director of the Cultural Heritage Administration, takes readers on a journey in his new book from one city to another among the cluster of so-called oasis cities, which include the Chinese cities of Turpan, Kucha, Hotan and Kashgar.

Among them, Yu said his explorations in Turpan and Kucha were especially memorable.

“Turpan was a mega city in ancient times, known for its impressive man-made water system called karez and the Bezeklik Caves,” Yu said. “The caves also appear in the famous 'Journey to the West' [Chinese novel in the 16th century]. But major caves and wall paintings were demolished in the early 20th century when explorers from the West, including Germany. came and stole them. The wall paintings moved to Germany were then bombed and destroyed during WWII.”

Yu found some traces of the Goguryeo Kingdom of Korea (37 B.C. to A.D. 668) at the Astana Cemetery located close to Turpan.

“When the Tang Dynasty [618 to 907] toppled the Goguryeo Kingdom in 668, they moved some 200,000 leaders of Goguryeo to the Ordos region of China the next year,” Yu said. “Some of these people were buried at the Astana Cemetery. They are evidence of our people’s struggles in the past.” 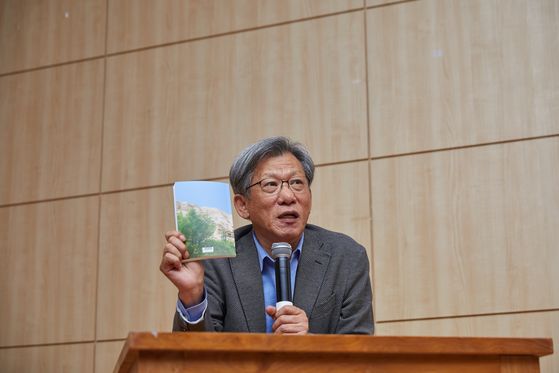 
Kucha was at the center of Buddhism in the 4th century and is home to the Kumtura Caves, also known as the Kumtura Thousand Buddha Caves, the Subasi Temple and the Kizil Caves which are known for their wall paintings depicting lively dancing scenes of Kucha at the time.

Kucha is also the city where Kumarajiva, the Buddhist monk known for his translations of Buddhist texts from Sanskrit to Chinese, was born and grew up.

“Kumarajiva was crucial in the spread of Buddhism from India to China,” Yu said. “He translated some 300 books of Buddhist scriptures. He was the reason that Buddhism could take root in East Asia.”

Against the backdrop of history and traces of civilizations that have grown and faded alongside the Silk Road was the majesty of nature, Yu said.

“The Taklamakan Desert and Tian Shan mountains were so much greater than what I had imagined before my travels on the Silk Road,” Yu said. “And it was quite poignant to study some of the civilizations that have grown up alongside this nature.

“It was particularly sad to witness how some of these ethnic communities never came to claim a country of their own,” he said. “Although Koreans had their own days of troubles and threats from abroad, at least we still have our country. That is a great blessing.” 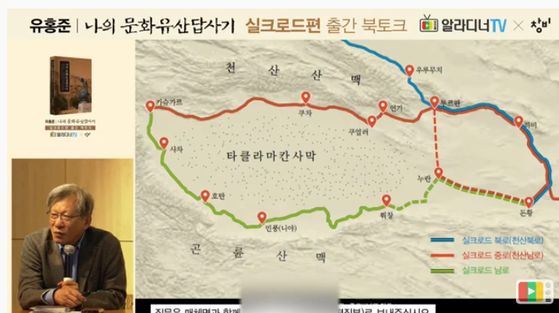 Yu explaining the locations of sites he explored on the Silk Road during the online-streamed book talk on June 13. [SCREEN CAPTURE]


Yu’s travels in his newly published book come to an end at the Pamir Mountains.

“No matter how advanced our modes of transportation may be today, there are some things that humans just cannot surpass nature in,” Yu said. “Studying the Silk Road and understanding the history behind it gives you a wider perspective about the East Asia region. It definitely helps you understand where China is coming from and our relations with China.”

Yu said he will return to his art history studies for a while before another adventure.

“The next stop,” he said, “will be two of the top five historical cities of China, Xi’an and Luoyang.”