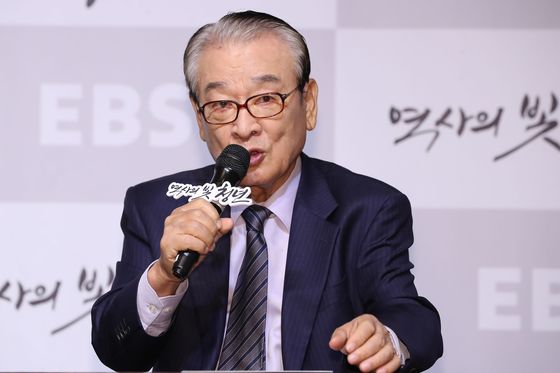 
Actor Lee Soon-jae says he has no intention of taking legal action against his former manager after his agency, SG Way Entertainment, announced on Tuesday it would sue the manager for alleged defamation.

In an interview with SBS earlier this week, Lee’s former manager Kim, who wished to withhold his full name, claimed that he had been recently fired, but that while working for Lee he had to perform many duties that were outside the realm of his position.

Kim claimed that he was led to believe his job would entail driving for Lee and managing his schedule but that he ended up spending two months as a servant, having to do household chores for Lee’s family members.

According to Kim, Lee’s wife would tell him, "What I say is the law.”

“I only had five days off in two months, but still only received 1.8 million won ($1,500) per month in basic salary, without holiday allowance or overtime pay,” Kim said.

Following the interview, Lee's side denied the allegations and said the actor would hold a press conference on the matter on Thursday.

However, after Kim revealed he had voice recordings to prove his claims following SG Way Entertainment's threat of legal action, Lee backtracked.

“I said I would hold a press conference, but I decided not to because I am not feeling well," Lee said. “I would like to meet him in person and apologize.”

Lee added, "I think we should not take legal actions because Kim is still young. I am willing to meet Kim’s demands.”