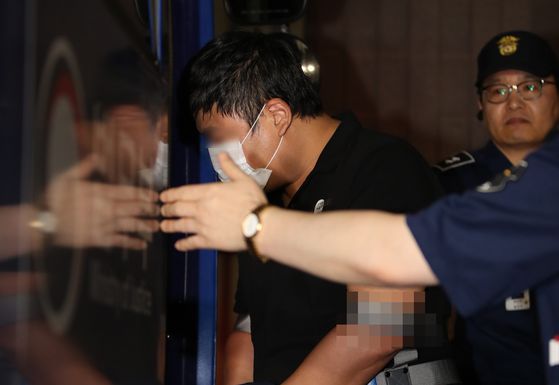 
A relative of former Justice Minister Cho Kuk was sentenced to four years in prison Tuesday for financial crimes and destruction of evidence.

The Seoul Central District Court convicted Cho Beom-dong, who is Cho Kuk's first cousin, for embezzlement, breach of trust and making false public statements about a private equity fund he operated. Cho Kuk's wife, Chung Kyung-sim, was one of the fund’s main investors.

While Cho Beom-dong was convicted of most charges, the court rejected the prosecution’s argument that he colluded with Cho Kuk and Chung to abuse Cho Kuk’s political power.

Cho Beom-dong was arrested last September and indicted the next month for alleged capital market law violations involving the private equity fund. He was also charged with ordering his staff to destroy evidence linked to the former minister and Chung.

Judge So Byeong-seok on Tuesday found Cho guilty of embezzlement and breach of trust that caused investors to lose money. The court ordered him to surrender 50 million won ($41,000) worth of illegal profits from his crimes.

Cho was also convicted of colluding with Chung to destroy evidence. “This crime is particularly heinous because Cho Kuk was facing a National Assembly confirmation hearing to become the minister,” So said.

Cho Kuk is a key ally of President Moon Jae-in who also served as senior secretary for civil affairs at the Blue House from May 2017 through July 2019. In the following month, Moon nominated Cho as justice minister. 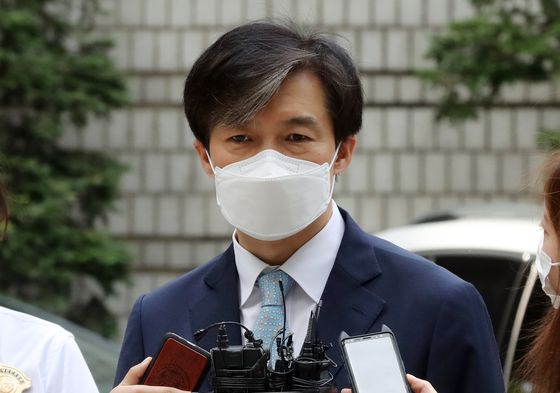 
Suspicions of academic irregularities and financial corruption were raised about Cho and his family during the confirmation hearing process. Moon went ahead and appointed him, and Cho briefly headed the Justice Ministry from Sept. 9 to Oct. 14, 2019.

After his resignation, Cho and his family were investigated. In November, Chung was indicted on 14 charges, mainly related to falsification of records for her children's college and graduate school applications. Cho was indicted in December on 12 charges including taking bribes, graft, and violating the ethics code of public servants. Their trials are ongoing.

While the prosecution argued that Cho Kuk and Chung have strong “political power” and that Cho Beom-dong colluded with them to abuse Cho’s power for financial gains, the court dismissed the charge of abuse of power.

“No evidence was presented that this was a case of abuse of power,” the court said.

The prosecution said it will appeal parts of the ruling.