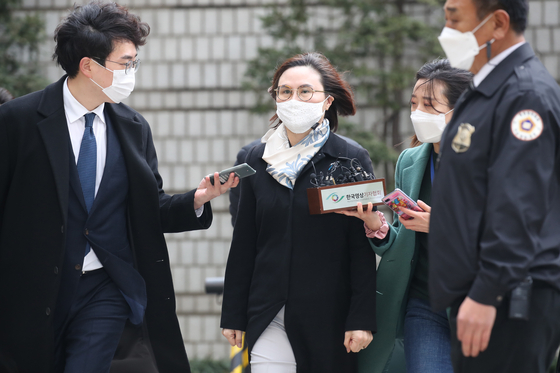 
A doctors’ group on Thursday asked a court to stop former Justice Minister Cho Kuk’s daughter from taking the state medical licensing exam, after her mother was convicted of fabricating her daughter’s credentials to get her into college and medical school.

Dr. Lim Jeong-hyeok, president of the Korean Pediatric Society, said Thursday that he filed for an injunction from the Seoul Eastern District Court to stop the Korea Health Personnel Licensing Examination Institute from allowing Cho Min, a senior at the medical school of Pusan National University (PNU), to take the upcoming Korean Medical Licensing Exam.

Lim said it’s necessary that Cho not be allowed to take the medical licensing exam and be suspended until there is a final ruling in her mother’s trial. On Wednesday, the Seoul Central District Court found her mother, Chung Kyung-sim, guilty of academic fraud. Chung was sentenced to four years in prison for the crime, but she immediately appealed.

The court also said the former justice minister had conspired with Chung to get some fake certificates for their daughter. 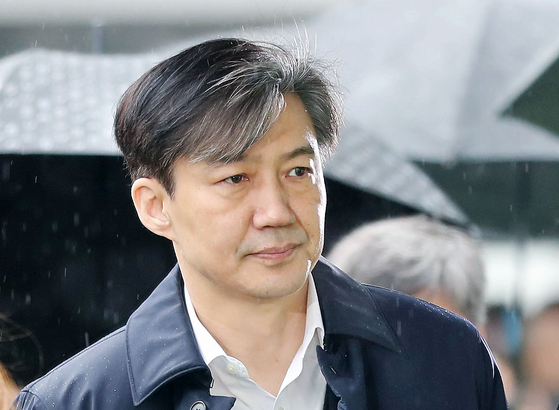 
Cho Min took the skills test in September and passed. She is scheduled to take the written test on Jan. 7 and 8. If she passes the written test, she will obtain a medical license.

“She was admitted to the PNU medical school based on an application containing fake records,” Im said. “Her acceptance to the program, therefore, is invalid, so she is not qualified to take the medical licensing exam.”

Im also said PNU must immediately expel her. “If she becomes a doctor, it will set a bad precedent that children from powerful families can become doctors through tricks and family connections,” he said.

Both schools are hesitant about immediately invalidating her admissions. They said they want to wait for for the outcome of Chung's appeal. Members of the academic community, however, said the universities must act proactively.

“Many members of the university said Cho Min’s admission must be voided,” said a Korea University professor.

“There are many precedents that a student’s admission is revoked for having submitted fake records as a part of an application,” said a high court judge.

The case has frequently been compared to the 2016 decision by Ewha Womans University to revoke the admission of Chung Yoo-ra, the daughter of former President Park Geun-hye's confidant Choi Soon-sil. 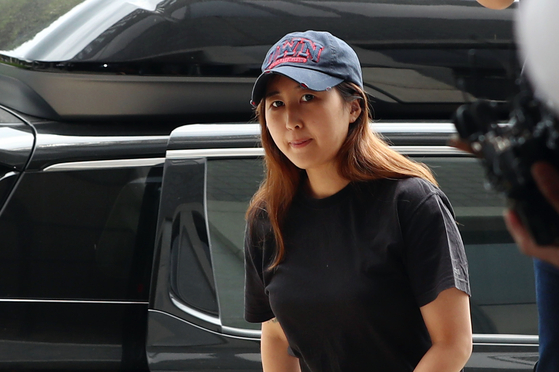 
The 21-year-old equestrian athlete was accused of receiving unjust admission to the university, and the school invalidated her admission even before the prosecution started an investigation.

“Choi had received a three-year imprisonment for the academic fraud for her daughter,” said Lee Kyung-jae, an attorney of Choi. “Chung received a four-year prison term, showing that her crime is severe.”

When Choi attended her Supreme Court trial last year, she complained that Cho's daughter was getting preferential treatment.

“At least my daughter tried to win a medal, but Cho Kuk’s daughter got the admission free of charge," she said.