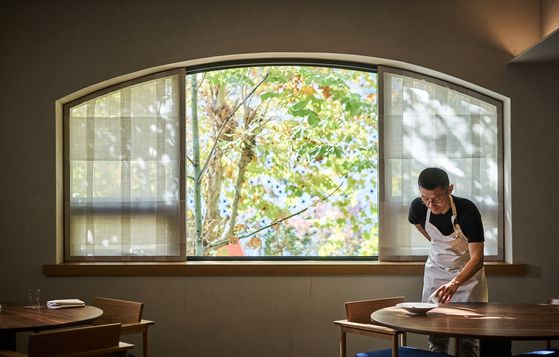 He is making the leap to the Chinese city in cooperation with ZS Hospitality Group, which has five existing restaurants in Hong Kong.

Chef Kang’s journey in Seoul so far has focused on rendering modernized versions of everyday Korean food in settings adorned with culinary accents that speak to the history of Korean culture.

With the new spot opening in a bustling restaurant hub in Central, Hong Kong, the chef aims to invite Hongkongers — many of whom have already been exposed to different Korean flavors during their travels — to taste his menu. 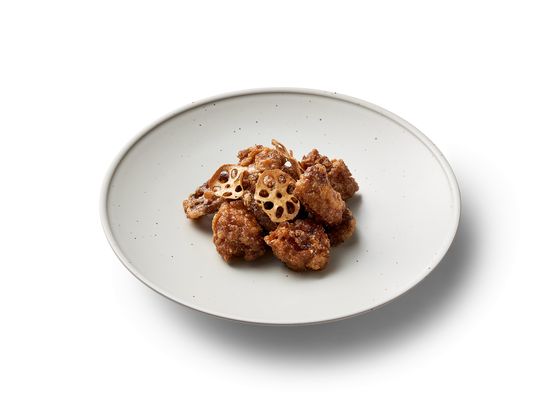 
“Many often talk about showing the ‘authentic’ taste of Korean food overseas, and Hong Kong really is the place to truly present the flavors Koreans eat everyday on the streets or at home,” said chef Kang during an interview with the Korea JoongAng Daily, adding that branching out to nearby cities in Asia will kill two birds with one stone — reaching those both familiar and unfamiliar with the dishes.

“Yet I won’t be [restricted] to bringing out something ‘authentic,’ as I think any food made with Korean flavors is a meaningful way to spread the word on the versatility of hansik and how it can be adapted to fit the palates of locals in each country.”

The experience he has accumulated over the past seven years through consulting and collaborating with other culinary talents in Korea, from frying chicken to making banchans while running Mingles, has given him a solid foundation to create Korean dishes that are novel but timeless, retaining traditional features.

Despite being a city overflowing with restaurants tackling varying interpretations of the same cuisine, the chef observed during his last few visits to the city that Hong Kong didn't seem to have any so-called modern Korean restaurants. 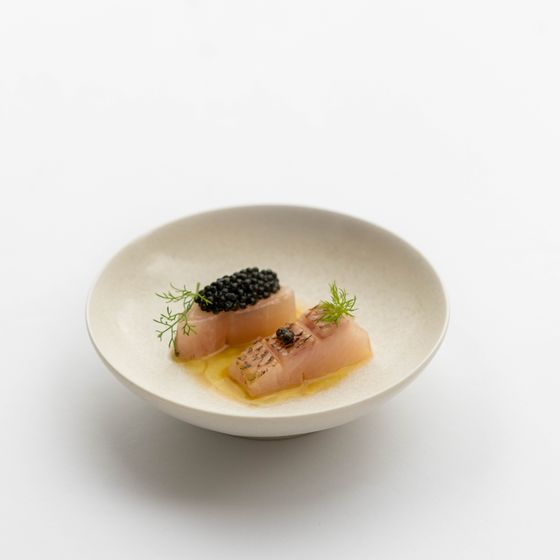 
“All the dishes I made while working at Mingles are Korean in two ways: they either put Korean flavors in more Western settings or utilize international ingredients by using Korean cooking techniques,” said the chef. “Any culinary action I take on plate will align with such approaches, and Hansik Goo will allow me to see how to achieve a balance between the two ways I’m practicing now.”

The name Hansik Goo has two meanings: it’s Korean food — hansik — made by Min-goo, the chef’s name; and it can also be read as a single word, hansikgoo, which means 'a family.' The chef wanted to create a way in which meals could be enjoyed in the morning or in the evening by family members conversing at the dinner table.

The restaurant, which had its soft opening on June 1, is slated to host its grand opening on July 29. It is already fully booked through mid-August, with about 30 to 35 diners a day. The coronavirus delayed the opening of Hansik Goo for some time, and many wondered whether it would open at all, but Kang thinks this anticipation might be a prime chance to make a bolder entrance.

There's a well-known saying that's become more familiar to the global community recently that deems "what's the most Korean is what's the most international." It's probably one of the reasons that many Koreans propelled kimchi, a quintessential Korean dish, even when the piquant flavors of the fermented cabbage may have not been the easiest to become acquainted with.

The food served at Hansik Goo will be reminiscent of the home — the culinary touch of a grandparent or parent, or one that parallels the comfort of a small mom-and-pop restaurant. Dishes at Hansik Goo are not inspired by Korean food, but strive to be Korean food itself. 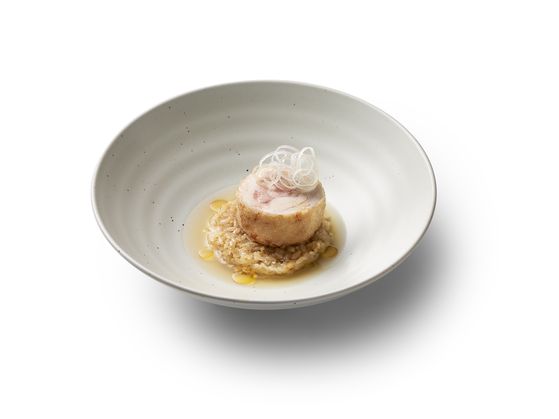 
Common fare like bibim guksu, noodles with gochujang, or hot pepper paste sauce, often eaten at home but rarely listed as menu items at Korean food restaurants, are available, as well as more typical restaurant menu items like grilled fish, sliced raw meat or fried chicken. Crispy bugak, a familiar fried dish usually made with gim, or laver, which is often only found in the pages of recipe books or select menus, will be served at Hansik Goo.

“Anything you might have seen on restaurant signs or food carts while walking the streets of Korea will be available, including tteokbokki,” said Kang.

Although the chef initially thought about doing everything a la carte, the restaurant started with course-menu offerings for a more holistic Korean food experience. For now, it is priced at 780 Hong Kong dollars ($101) per person, and it will be possible to add on individual dishes later.

Some of the dishes will be inspired by flavor combinations used at Mingles.

In Hong Kong, an international collection of ingredients are accessible, making it easier for the chef to overcome the difficult task of creating more subtle flavors he produced in Korea while in a new environment.

Just as you can tell the difference between dishes depending on what kinds of olive oil you use, the same logic applies to the use of chamgireum, or sesame oil, and jang, which refers to fermented sauces like doenjang and gochujang.

“What I do is cook with premium sauces that can make any kind of locally-sourced vegetable, meat and fish taste a lot like the food one is served in a good restaurant in Korea,” said Kang.

"Getting people equipped with using premium Korean sauces at home will be a long journey, but I hope I can take the initial step to spread the word about Korean food and help the overall industry expand." 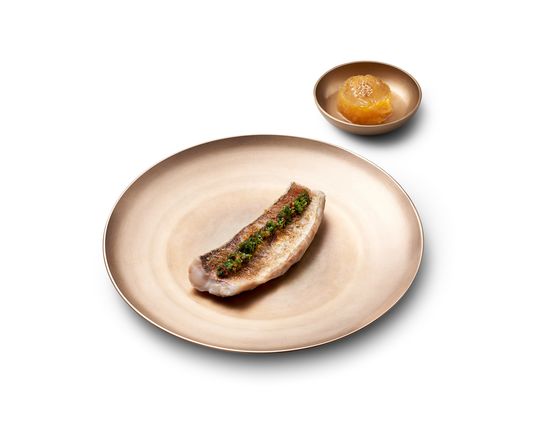 In Hong Kong, one special Mingles item will be available to patrons. The Jang Trio dessert, a sweet offering topped with three kinds of savory jang, including doenjang (fermented soybean paste), gochujang and ganjang (soy sauce), will be special feature on the menu. More interestingly though, it's also the inspiration behind the cocktails served at Hansik Goo.

The Jang Old Fashioned — a classic Old Fashioned cocktail with a hint of doenjang mixed with butter, will be served. The original idea was to include all three jang flavors, but the chef worked with a bartender from Alice Cheongdam in Seoul and decided to roll with doenjang, as its strong flavors sufficed alone.

Besides the Jang Old Fashioned, which pairs Korean ingredients with whisky, other offerings use Korean liquors as a base alcohol to create new flavors. A variety of premium Korean liquors including Pungjeongsagye, which was offered to U.S. President Donald Trump during his visit to Seoul, is also transformed into a cocktail with a mix of ginseng. Doraji, balloon flower roots, omija berries, a local Korean berry that’s known to have five different flavors as well as peanuts from Jeju Island will be ingredients to make never-before-seen cocktails to entice bargoers.

To bolster the cultural appeal, spaces will be adorned with tableware and artwork made by Koreans.

With Hansik Goo, chef Kang is embarking on a personal challenge. He wants to think outside the box to create something very common in Korean cuisine and make it a premium offering. These dishes include pajeon, a pancake with scallions and various seafood, which is so common and inexpensive in Korea that people do not want to pay a lot for it as well as makgeolli, a viscous rice wine that's commonly known to be more affordable.

“There’s a market where people don’t have such a prejudice against certain forms of a dish, so I think I can use this chance to make something ordinary into something more prestigious,” said Kang. “I am taking a challenge that I have not been able to do in Korea because of worries about whether it would sell. I'm excited to see what will happen in Hong Kong.”

Since Mingles' opening, it has moved twice and is currently residing in its third home as of last year. This upcoming move will be the first time for the restaurant to have large windows featuring greenery of tall trees outside.

A new emphasis is placed on the interior — glasses, dishes, flowers, vases and the actual space. Chef Kang practices insights he accumulated in the past to select objects used at the restaurants and seeks consultation to stay updated on the latest modern Korean design trends. 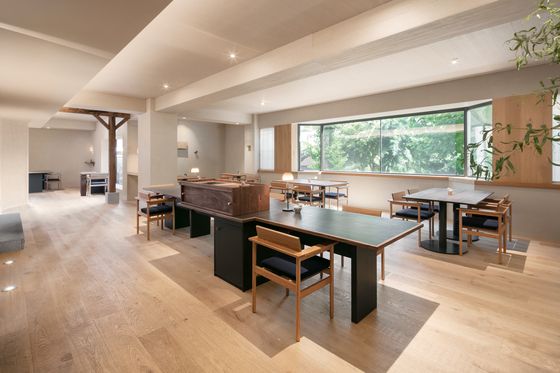 Inside Mingles in Seoul. [MINGLES]


“Many choices are made to make Mingles a better restaurant as 90 percent of my energy goes to Mingles,” said owner chef Kang. “If something happens to Mingles, then I would suffer, and if Mingles doesn’t exist, all the other things can’t exist either.”

He not only runs his own restaurant, but also has a couple of others for which he acts as a consultant or a partner, just like he is doing with Hansik Goo. Fried chicken spot Hyodo Chicken is now looking to open an additional spot in Itaewon. Festa by Mingoo at Banyan Tree Resort and Spa, which just celebrated its one-year anniversary since opening, is another establishment Kang consults at. Mamalee Market, a spot for banchan, or a collection of smaller dishes like pickled or marinated vegetables served alongside stewed beef or grilled fish that accompanies rice and soup, is also another spot chef Kang works closely with as a partner.

Such partnerships are based on his attempt to polish the talent he sees from people he has worked with. He has also helped his manager from the very beginning to establish a company, Vin Bro, that imports wine and other supplies.

“I think a good restaurant is a place where one can not only learn something while working but also find motivation to be better in the specific area of work they are in,” said the chef, who has been thinking of ways to help his staff or other culinary talents to create their own path both in and outside of Mingles. 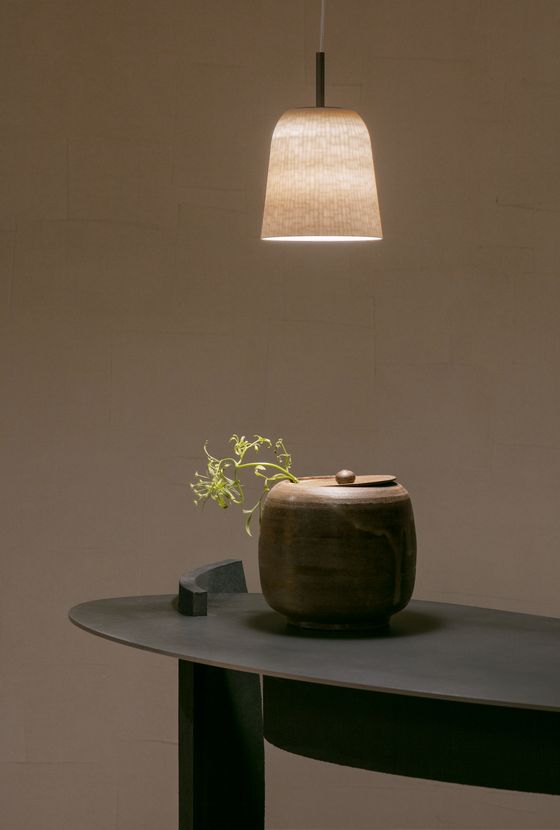 A jar at Mingles in Seoul. [MINGLES]


“I think one of the things that would please me the most is to see chefs who make something even better than Mingles in the culinary scene in the world after they leave Mingles, just like those who worked at Jungsik are making their brands known in the restaurant world.”

But with the chef adding more to his list of projects, he is now looking for inspiration from personalities in the culinary industry who have branched to international spheres while retaining the identity of the restaurant they each started over decades. Hansik Goo may expand to other countries or even back to Korea.

“I don’t know who I will become later on, but I will continue polish what I can do best,” said Kang.