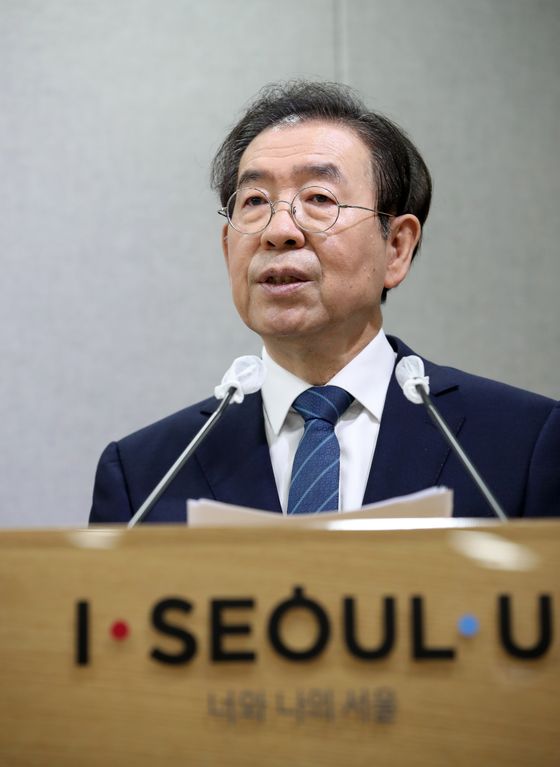 Seoul will work toward banning all fossil fuel vehicles starting from 2050, Mayor Park Won-soon announced Wednesday as he kicked off the city’s Green New Deal initiative.

Among an array of environment policies relayed during a press briefing at Seoul City Hall, Park said one key goal of the Seoul Metropolitan Government is to swap all diesel and gasoline cars with hydrogen and electric vehicles.

To achieve that, the former human rights lawyer said he would first start by converting public buses and subsequently expand that policy to other public and private vehicles registered with the city. The city said it hopes to carry out the plan in a phased manner from 2021 to 2050.

The scheme is a part of Seoul’s broader Green New Deal project, to which the city will allocate some 2.6 trillion won ($2.2 billion) throughout 2022 to cut carbon emissions from vehicles and buildings in Seoul, in part by banning the use of environmentally harmful products and incentivizing the use of green technology and eco-friendly materials.

By setting specific goals in each sector, the Seoul Metropolitan Government vowed to ultimately create a “decarbonized economy and society.”

In terms of hydrogen and electric vehicles, the city said it would file a proposal with the Korean central government to amend the law so that people living in Seoul can only register a vehicle of either kind from 2035.

Seoul citizens who registered vehicles with the metropolitan government before the law goes into effect will still be able to drive them. However, Seoul will try to make more legal changes that entirely ban internal combustion engines from its roads starting in 2050.

From 2022, the city government hopes to set a limit on greenhouse gas emissions for each public and privately owned building, fining anyone who surpasses the cap.

Over the next couple of years, Seoul aims to create 850,000 square meters (210 acres) of forests in order to absorb carbon dioxide emitted from fossil fuel combustion, mainly by planting trees near the city’s streams and Han River.