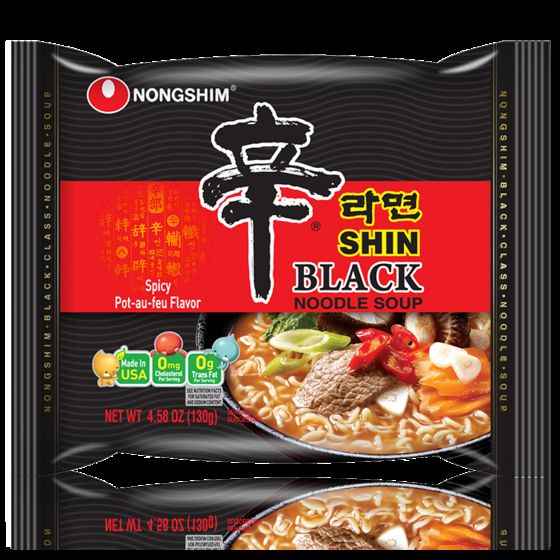 
Nongshim benefited from the Parasite effect, as its products drafted off of the success of the Oscar-winning movie. Now it's enjoying a bit of a Covid-19 bump, as consumers in the United States find that Shin Ramyun beats MREs, or Meal, Ready-to-Eat rations, when on lockdown.


Sales of the company's products in the United States were up 35 percent on-year in the first half to $164 million.

Nongshim said that demand skyrocketed as people scrambled for food with a long shelf life that was still enjoyable to eat. With the U.S. outbreak continuing on far longer than expected, consumers may be getting more creative and adventurous.

Shin Ramyun Black led the growth, with sales up 49 percent to $13.5 million. That version of the company's classic offering is known to taste extra-meaty, with a flavor based on beef leg bone.

Jjapaguri ram-don — the international taste sensation that combines two Nongshim products Jjapagetti and Neoguri noodles — went big time earlier after appearing in a scene in "Parasite." Its popularity may also have helped sales in the United States.

“Shin brand used to be a product mainly pursued by Asian consumers, but it has now grown to become a product searched by major U.S. retailers,” Nongshim said in a statement.

Nongshim first exported ramyeon to Los Angeles in 1971, and built a factory nearby, in Rancho Cucamonga, in 2005. The company is building a second U.S. plant in Corona, California, just south of its first site.