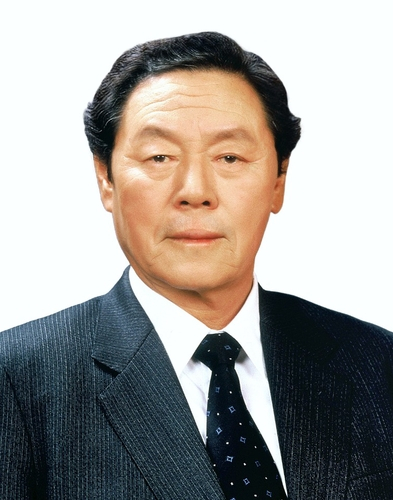 The late Nongshim chairman was born in December 1930 in Ulju County, Ulsan, the third eldest son in his family. He had four brothers and five sisters. Shin’s oldest brother was Shin Kyuk-ho, the late founder of retail conglomerate Lotte Group.

Shin Choon-ho graduated from Dong-A University in Busan in 1958 after serving his military service as a police officer. After graduating, he helped his brother with Lotte's early confectionary business in Japan.

Shin was especially interested in ramyeon, which was gaining popularity in Japan at the time, but his older brother wasn't interested. From 1963, he looked for ways to start his own business and in 1965 he founded Lotte Industrial Company, a separate business from the existing Lotte.

In 1978, Shin removed Lotte from the company name and renamed it Nongshim, which means “farmer’s heart.”

After founding Nongshim, Shin led the company to become the largest ramyeon maker in Korea and fifth-largest in the world. Shin was personally behind the name and release of some of the company’s most famous products, including the famous Shin Ramyun, Chapaghetti and shrimp crackers Saewookkang.

Shin was especially fond of Shin Ramyun, launched in 1986, with which he shared a name.

“I’m not trying to sell noodles using my last name," Shin said at the time, according to Nongshim. "Shin is just a short and simple way to say spicy.”

Shin Ramyun alone takes up over 15 percent of ramyeon sales in Korea and has achieved cult status internationally, available on shelves in over 100 countries worldwide. Shin Ramyun earned the company roughly $390 million in overseas sales last year, nearly 40 percent of Nongshim’s revenue earned outside of Korea. 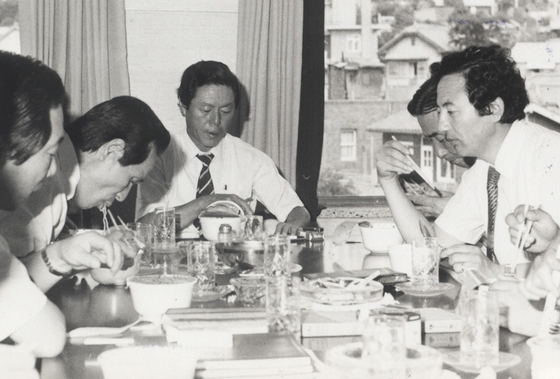 Nongshim founder Shin Choon-ho, right, takes part in a ramyeon taste test in 1982. Shin, who led the company for more than 50 years, died Saturday at 91. [NONGSHIM]

Behind Nongshim's success was Shin's insistence that the company develop its own recipes and technology. Shin founded research labs and ordered employees to develop an authentic Korean taste.

Shin's relationship with his older brother soured after he left Lotte, and the rift between them continued for the rest of their lives. Last year, Shin did not visit his elder brother's mourning altar, although his sons did.

Shin’s mourning altar was set up at Seoul National University Hospital, with many of Korea's top businessmen visiting to pay their respects. 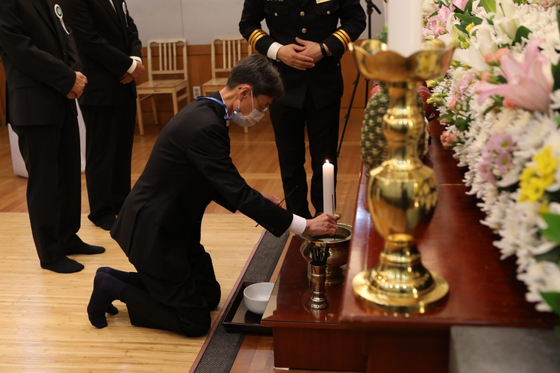 Shin's nephews Lotte Group Chairman Shin Dong-bin and his estranged brother Shin Dong-ju, both the sons of Lotte founder Shin Kyuk-ho, have not visited the mourning altar as of press time Sunday. Both brothers are reportedly in Japan, but have sent flowers.

According to Nongshim on Sunday, Shin's last words were to tell his family "to love each other" and his employees to "grow Nongshim in the world with the best quality built out of honesty."

The company also noted that Shin donated 1 billion won ($886,000) to Seoul National University Hospital to show his gratitude to the medical staff there for treating him for a long time.

Shin's funeral will begin at 5 a.m. on Tuesday.