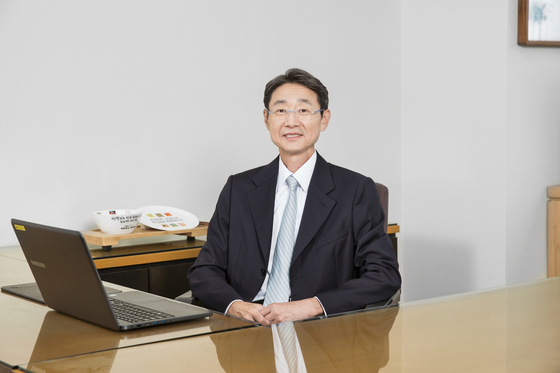 A former Nongshim Co. vice chairman, he is the son of company founder Shin Chun-ho, who died in March, has been CEO of the company since 1997 and is a major shareholder of Nongshim Holdings, which owns almost one-third of Nongshim Co.

The board unanimously voted on June 23 for him to become chairman of the company.

The new chairman’s goal is to raise Nongshim’s influence as a ramyeon producer abroad and to invest further into new businesses, like meat substitutes and functional food designed to improve health.

Chapaghetti and Neoguri gained global attention after being used in a key scene in 2019 Oscar-winning black comedy “Parasite.”

“Ramyeon’s value should be upgraded in a way that could provide bigger satisfaction and joy to consumers,” said Shin in an inauguration message on Thursday. “We should not be satisfied with being the No. 5 ramyeon company in the global market.”

Shin added that the company will reorganize its production and marketing system.

Around 30 percent of the company’s noodle sales are abroad.

The company is currently building a second plant in the United States in Rancho Cucamonga, California, also the location of its first U.S. plant.

The new plant will be completed by the end of the year. It will be able to produce 350 million packages of instant noodles a year, according to Nongshim.


Nongshim said it will invest in instant noodles that better suit single households and the elderly population.

The company, which also sells snacks like Banana Kick and Honey Twist Snack, plans to invest in startups to create a new food culture and to strengthen environmental, social, governance policies under the new chairman’s leadership.

He started working for Nongshim in 1979.

Shin is known to stress the importance of communications with employees and is also an avid reader.