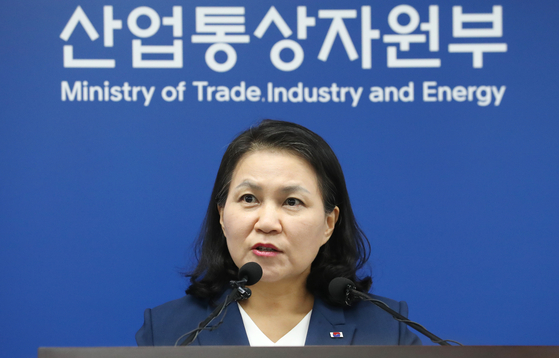 KANG KI-HEON
The author is an industrial 1 team reporterof the JoongAng Ilbo.


In March 2000, former U.S. President Bill Clinton approved China’s entry into the World Trade Organization (WTO) in a speech at the School of Advanced International Studies at Johns Hopkins University. If China joined the WTO, it would import more American products and will also import economic freedom, he said. Thanks to Washington’s backing, China joined the international organization the following year.

But Clinton’s prediction was wrong. China became the factory of the world by using benefits granted by the WTO to developing countries, but the U.S. trade deficit with China continued to rise. America’s miscalculation led to China’s growth.

China didn’t import the ideology of economic freedom, either. Since then, Chinese counterfeits of all kinds, from luxury goods to Lego blocks, are sold all over the world.

Many analysts say that the U.S.-China trade war that intensified in 2018 was caused by the WTO system. The Wall Street Journal wrote in July 2018 that the seed of the U.S.-China trade war was planted when China joined the WTO in 2001. While the United States demanded protection of intellectual property rights and prevention of snatching technologies from foreign companies, China has not accepted it.

Meanwhile, seven candidates are running to be the next secretary general of the WTO, including Korea’s Trade Minister Yoo Myung-hee. Many expected the election to be a contest between Korea and Africa. But after a British candidate joined the race, it became hard to predict the outcome. The Japanese government announced it will be cognizant in the selection process for the WTO secretary general, sparking a power contest between Korea and Japan.

All candidates pledge for WTO reforms, but it will be hard for the next secretary general to avoid an ordeal. The Appellate Body of the WTO, a key unit within the organization, has been inoperable since December 2019. The Appellate Body is supposed to have seven members, but currently, there is only one Chinese member remaining in the board. Three members are required to form a division to rule on trade dispute, but it can hardly be done.

The United States has been rejecting the process of appointing members to the Appellate Body citing procedural flaws since May 2016. The background for rejection is to check China. The grand principle of guaranteeing the free movement of goods has broken, and we are in the age of “rules of the jungle.” Can the WTO survive?