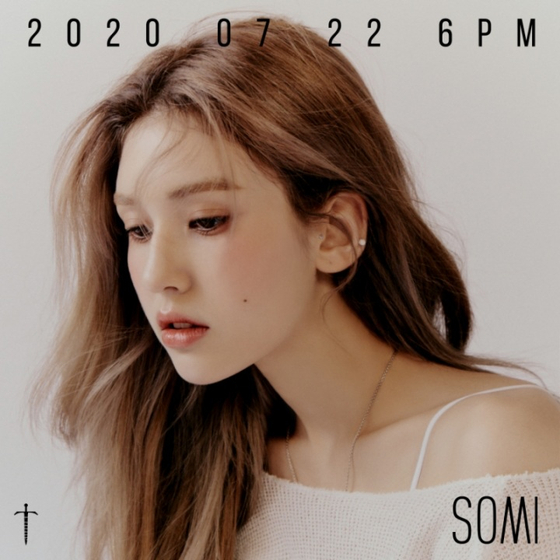 Singer Jeon Somi is making a comeback with her first new song in over a year, set to drop on July 22, her agency, The Black Label, said on Tuesday.

The agency posted a teaser image of Jeon under the name Somi with a message, “2020 07 22 6PM” on its official social media account.

Somi won first place on the first season of Mnet’s audition program “Produce 101,” and spent the subsequent nine months performing with I.O.I, the 11-member girl group made up of contestants from the show in 2016.

Somi’s new song will be distributed through various music sites such as Flo, Melon and Genie at 6 p.m. on July 22.