July 16 - 29: One of the most beloved children’s books, “Doggy Poo,” written by Kwon Jung-saeng, is being staged as a theatrical performance.
The performance is part of Seoul Arts Center’s annual Kids & Family Festival, and, as the title implies, follows the life of a dog's poo.

The poo is shunned by every person and animal it meets on the road. When it compares itself to cow poo, used to enrich the soil, the dog poo considers itself good-for-nothing and resolves to find its purpose in life.


Through July 19: The physical monodrama is presented by famed choreographer and dancer Kim Seol-jin. The performance’s title “Jafari” comes from a dialect used on Jeju Island, meaning a prank. Kim is a native to the volcanic island.

The story is about a man who is dubbed Jafari because no one takes him seriously. When he becomes tired of being teased, he begins to play pranks on people.


Aug. 7 – Oct. 18: Set in the Renaissance period, comedy musical “Something Rotten!” depicts the struggles of two brothers — Nick and Nagel Bottom — who endeavor to write their own masterpiece to outdo their archrival William Shakespeare.

Premiered in 2014 in Broadway, the musical was acclaimed by critics and audiences alike upon its release.


THE BARBER OF SEVILLE
Sejong Center for the Performing Arts, M Theater


Aug. 18-22: Italian composer Gioachino Rossini’s masterpiece “The Barber of Seville” is being staged by the Seoul Metropolitan Opera.

Set in 18th-century Spain, the opera tells the tale of Figaro, a barber from Seville, who assists Count Almaviva in his search for the most beautiful lady in the town. 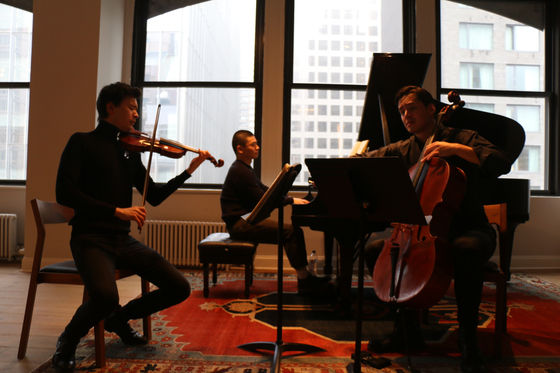 Isang Trio will hold a debut recital on Aug. 29 at the Seoul Arts Center. [CREDIA] 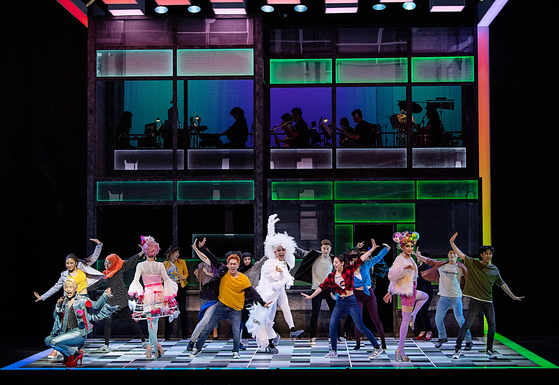 Award-winning musical ’Everybody’s Talking about Jamie" is premiering on home soil with the title of ’Jamie.“ The musical touches upon growing pains of teenage boy Jamie. [SHOW NOTE]


Through Sept. 11: Award-winning musical “Everybody’s Talking about Jamie” is premiering on home soil. The Korean production is simply titled “Jamie.”

The hit musical centers around Jamie New, a 16-year-old misfit who is about to graduate from high school. The boy, who wants to become a drag queen, eventually decides to attend a prom party wearing a dress. While browsing for an outfit to wear to the upcoming party, Jamie comes across Hugo, the owner of the clothing shop and a legendary drag queen.

After the encounter, Jamie comes to perform as part of a drag queen show prior to the prom and becomes an overnight star at his school. But the school refused to allow Jamie to show up at prom wearing a dress.

Jamie also has to deal with his strict father who doesn’t want to accept his son.

The musical is a story about a boy overcoming all the prejudices and is based on the 2011 documentary series titled “Jamie: Drag Queen at 16,” which aired on BBC.

Three K-pop singers — Jo Kwon, MJ and Ren — and actor Shin Joo-hyup are cast for the role of Jamie, while veteran musical actors such as Choi Jung-won, Kim Seon-young and Yoon Hee-seok will play supporting roles.

The musical is rated for those who are over 14.