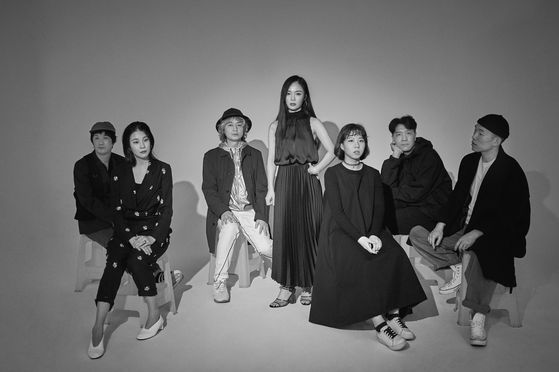 LG Arts Center
June 11, 12: Seven-member alternative pop band Leenalchi performs its rendition of pansori, or traditional narrative singing, at a two-day concert as part of LG Arts Center’s permanent performance series, Rush Hour Concert.
The band consists of a drummer, two bassists and four vocalists. Jang Young-gyu, the frontman and the bassist, has worked as a music director for many famed domestic films such as “Train to Busan” (2016), “The Wailing” (2016) and “The Good, The Bad, The Weird” (2008).
He is also a member of another independent band, Uhuhboo Project.
The band was formed in 2019 and recently released its first regular album entitled “Sugungga,” late last month.
The album has nine tracks and most of them were inspired by “Sugungga,” one of the five remaining pansori pieces in Korea with sounds of synth-pop from the 1980s.
The concert starts at 7 p.m.
Tickets range from 10,000 won ($8) to 30,000 won.
Yeoksam Station, line No. 2, exit 7. 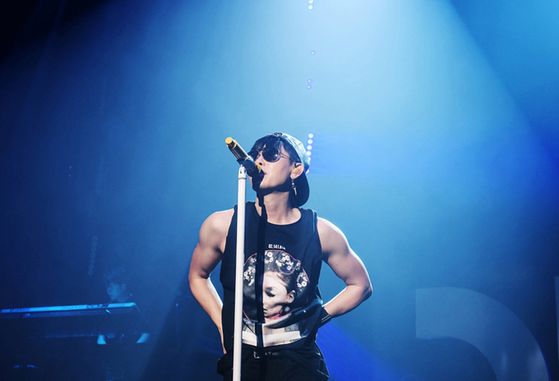 
LEE SEUNG-HWAN IN THE 21st CENTURY
Ewha Womans University, ECC Samsung Hall
June 12-14: Singer-songwriter Lee Seung-hwan will hold three concerts in Seoul. Due to the coronavirus outbreak, which shows no sign of letting up, many concerts set for the past six months were canceled. But Lee resumed performing in May by strictly following the rules set by the Korea Centers for Disease Control and Prevention.

The concert requires audience members to sit with a vacant seat in between them. People who are not wearing masks will not be allowed to enter the venue.
Having debuted in 1989, Lee remains a widely beloved singer-songwriter thanks to his powerful vocal abilities.
The concert starts at 8 p.m. on June 12; 6 p.m. on June 13; and 5 p.m. on June 14.
All seats are priced at 143,000 won.
Ewha Womans University Station, line No.2, exit 2 or 3. 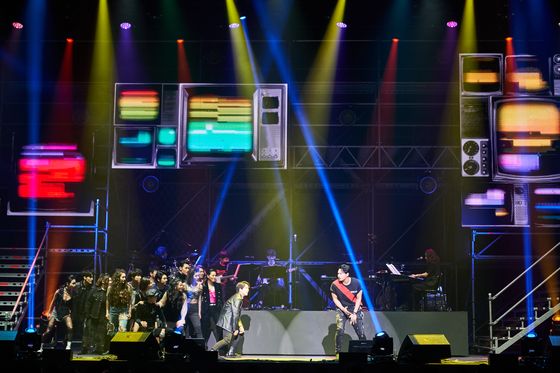 Musical ’Rent“ is performed in Seoul for the first time in nine years. The musical touches upon homosexuality, AIDS and rampant drug use among young adults. [SEENSEE COMPANY]


RENT
D-Cube Arts Center
June 13 - Aug. 23: The musical “Rent” is coming to Seoul for the first time in nine years.
Its return is considered special because the musical premiered locally in 2000, and this year marks the show’s 20th anniversary.
“Rent” is loosely based on Italian opera “La bohème,” composed by Giacomo Puccini.
The musical revolves around the lives of poor artists living in the East Village of New York City.
The musical is an autobiographic story of Jonathan Larson who wrote the script. He also composed all the varied musical numbers, from rock to R&B to tango to ballad to gospel.
When the musical first debuted on Broadway in 1996, it was considered sensational as the story touches upon social issues such as homosexuality, AIDS and rampant drug use among young adults.
The musical captivated critics and the public upon its debut and took home numerous awards, including the 1995-1996 Pulitzer Prize and many Tony Awards in 1996.
Since its premiere, “Rent” has been produced in 47 countries and 25 different languages.
Singer-turned-actor Oh Jong-hyuk and musical actor Jang Ji-hoo are double cast for the role of Roger, while another singer-turned-actor Ivy plays the role of Mimi, alternating with musical actor Kim Soo-ha.
Due to the subject matter, the musical will only allow those over 17 years old to attend.
The show starts at 8 p.m. from Tuesdays to Fridays and at 2 p.m. and 6:30 p.m. on weekends.
There are no shows on Mondays.
Everyone in attendance will be required to wear masks for the duration of the performance.
Tickets range from 60,000 won to 140,000 won.
Sindorim Station, lines No. 1 and 2, exit 1 or 5.

THE COMPLETE PERFORMANCE OF PANSORI
National Theater of Korea, Haneul Theater
June 20: The National Changgeuk Company of Korea presents a pansori (traditional narrative singing) performance by pansori master Kim Soo-yeon. The pansori maestro will sing the complete pansori of “Sugungga,” one of the five remaining pansori pieces in Korea.

As the tale revolves around animal characters with many comical elements, it is recommended to those who are new to the traditional genre of the music performance.
Set in an underwater palace, the Dragon King becomes seriously ill and is in need of a liver from a rabbit as a cure. In order to help the king, a turtle, the king’s loyal servant, goes on a journey to land with a plan to trick and kidnap a rabbit.
Completing a single pansori takes between three and eight hours on average. The Complete Performance of Pansori is one of the permanent projects of the National Changgeuk Company of Korea with the aim of promoting the traditional music genre. The company says only the best can perform on the stage.
The performance starts at 3 p.m.
All seats are priced at 20,000 won.
Dongguk University Station, line No. 3, exit 6.

THE DANDELION’S STORY
Seoul Arts Center, Jayu Theater
July 16 -29: One of the most beloved children’s books, “Doggy Poo,” written by Kwon Jung-saeng, is being staged as a theatrical performance.

The performance is part of Seoul Arts Center’s annual Kids & Family Festival, and, as the title implies, follows the life of a dog's poo.
The poo is shunned by every person and animal it meets on the road. When it compares itself to cow poo, used to enrich the soil, the dog poo considers itself as good-for-nothing and resolves to find its purpose in life.
The performance starts at 11 a.m., 3 p.m. from Tuesdays to Fridays and Sundays; 11 a.m., 2 p.m. and 5 p.m. on Saturdays. There are no shows on Mondays. Children must be aged three or above to enter.
Tickets range from 25,000 won to 40,000 won.
Nambu Bus Terminal Station, line No. 3, exit 5.