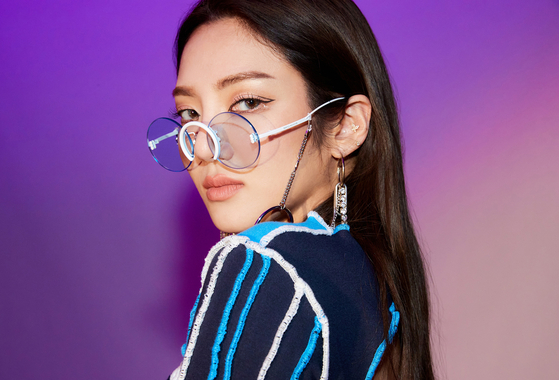 Hyoyeon of Girls' Generation will be making a comeback for the first time in a year as her DJ persona HYO with her new single, "Dessert," her agency SM Entertainment announced on Wednesday.

HYO's new single will drop on July 22 through various music services including Korea's FLO, Melon and Genie Music, as well as global services such as iTunes, Apple Music and Spotify as well as China's QQ Music.

This is the first new music to come from HYO since her third single "Badster" was released in July last year.

HYO made her D.J. debut in 2018 with her first single "Sober" and has been giving various performances since, opening up a new chapter in her music career after performing as a member of one of K-pop's biggest girl groups, Girls' Generation.

She recently took part in Mnet's music program "Good Girl," where she flaunted her talent as a solo musician.

She will take part in the upcoming "Cass Blue Playground Connect 2.0" online music festival on July 18.