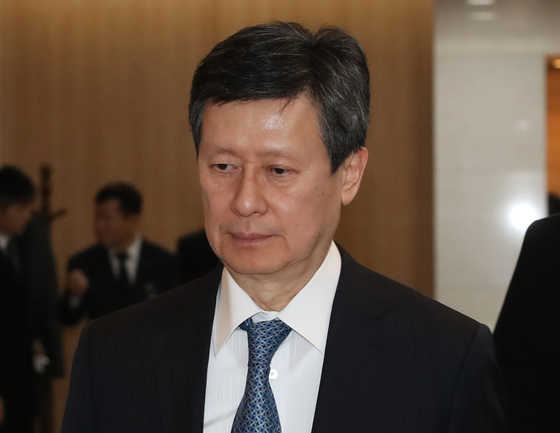 
SDJ Corporation Chairman Shin Dong-joo filed a case at a court in Japan to dismiss his younger brother Shin Dong-bin from the Lotte Holdings board of directors.

Shin Dong-joo, the former vice chairman of Lotte Holdings, said his younger brother should be ousted from the Japan-based Lotte corporation's board of directors because he damaged Lotte’s reputation after the Supreme Court last year upheld a lower court ruling charging him with bribery.

“The goal of the lawsuit is to return [the image] of Lotte Group that has received love in both Korea and Japan to a more desirable condition,” Shin Dong-joo said. Shin Dong-bin’s role in Lotte “clearly violates Lotte Group’s ideology.”

In April, Shin Dong-joo submitted a shareholder proposal to push Shin Dong-bin from the Lotte Holdings board of directors for a sixth time.

Shin Dong-bin, however, tightened his grip over Lotte in Korea and Japan last month after the proposal was rejected. He was also appointed president of the Japanese company.