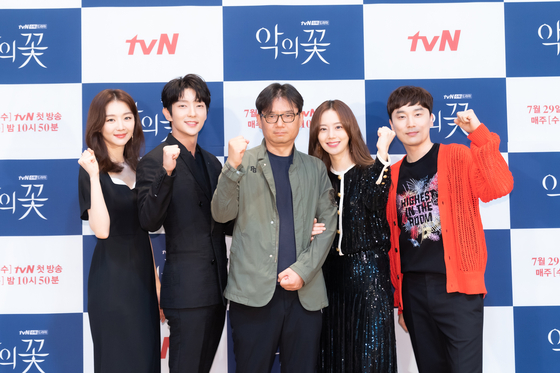 The cast of the upcoming tvN drama series "Flower of Evil" posing for a photo on Wednesday. The series is to start airing on July 29. [TVN]


From left, actors Jang Hee-jin, Lee Joon-gi, producer Kim Cheol-gyu, actors Moon Chae-won and Seo Hyun-woo pose for an online press event on the upcoming tvN drama series “Flower of Evil.” The drama centers around wife Cha Ji-won and her discovery that the man she has been married to for 14 years is a serial killer.