A chaekgeori painting drawn on a six-panel folding screen. The still-life painting with images of books and stationery was put on display at Nakseonjae in Changdeok Palace, central Seoul, between 1975 and 1977. The photo was taken by Norman Sibley. [SAPYOUNG BOOK]


In 1973, a stay-at-home mother living in Denver, Colorado, paid a visit to Korea with some art aficionados she knew. She dropped by the Emile Museum located in North Chungcheong with no idea about the impact her visit would have on her life.

She flew back home but the Korean folk paintings, or minhwa, that she saw at the museum lingered in her mind. The woman eventually signed up for Asian studies at the University of Denver's graduate school in hopes of studying the folk painting further.

This is how Kay E. Black began studying chaekgeori painting, a sub-genre of Korean folk painting, at the age of 45. Chaekgeori refers to still-life painting with images of books, stationery, ceramics and incense burners. 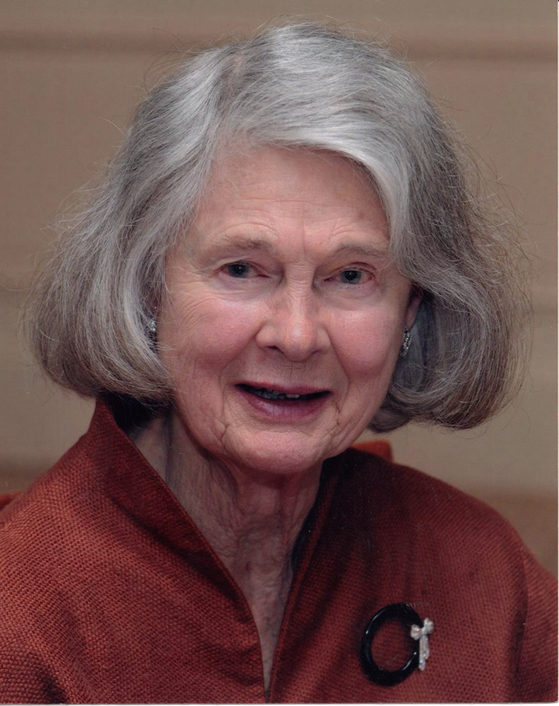 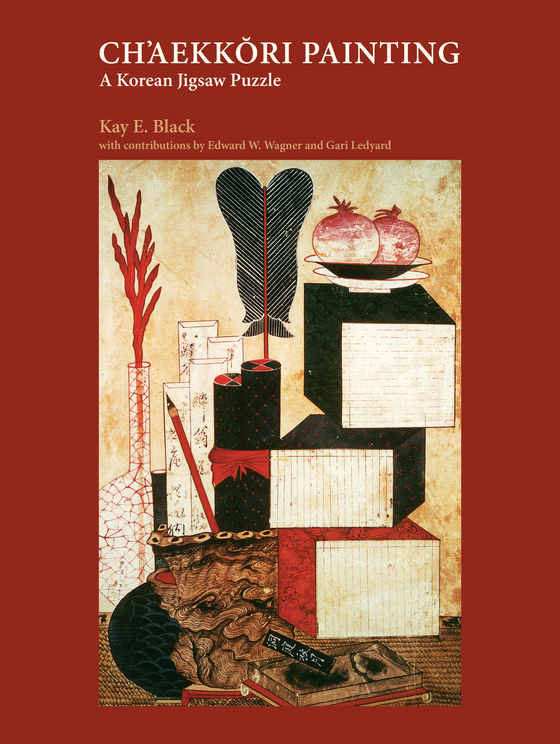 Ever since her first encounter with the folk painting, Black has spent decades delving into the particular genre and her life-long research was recently published in Korea with the title of “Ch’aekkori Painting: A Korean Jigsaw Puzzle.”


It is noteworthy that a scholar from the West spent so much time studying the traditional folk painting and eventually published a book on it.

Black initially began keeping track of the chaekgeori paintings that are scattered around the world starting in the mid-1980s.

Chaekgeori painting, also known as chaekgado, first emerged in the 18th century under Jeongjo, the 22nd king of the Joseon Dynasty. They were first only done by court painters but later in the 19th century, the style became popular among ordinary painters too.

Nevertheless, chaekgeori painting was uncharted territory in the 1970s in terms of research. Only from a decade ago, some large-scale exhibitions were held at museums and galleries as an attempt to rediscover the folk painting.

Ahn Hwi-joon, an emeritus professor at Seoul National University, said, “I’ve been watching the author dedicate herself to studying chaekgeori painting from the 1990s. This book is a milestone achievement in the history of Korean painting. 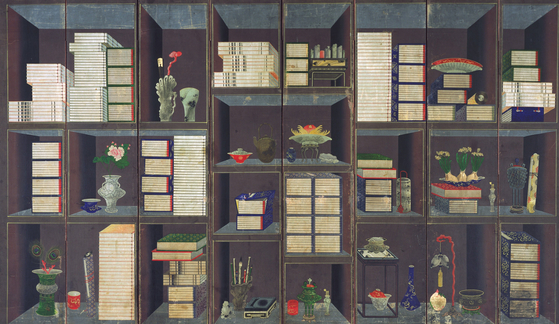 A chaekgeori painting created between 1864 and 1866. It is part of a collection at the Asian Art Museum of San Francisco. [SAPYOUNG BOOK]


“Chaekgado was little known to the public until the 1980s. The painting was not taken seriously among scholars either. But Black discovered new things about the painting by working with Harvard University professor Edward W. Wagner (1924-2001). A lot of royal court painters worked on chaekgeori and the painting genre was much loved by the upper class, according to Black.”

Ahn added that Black in particular put a lot of effort into finding out under what circumstances the paintings were created by closely working with Wagner.

Wagner was a jokbo, or family genealogy, expert who studied the lineage of the Yi dynasty during the Joseon period.

The two published their academic findings as theses several times.

Black referred to her book as “a collaborative outcome she worked on with Wagner for 12 years” in the preface of her book. The author added that she finished writing the book 10 years ago but the printing was called off several times.

According to the author, research on chaekgeori paintings was almost like putting puzzle pieces together. She used the many different objects drawn on the folding screen as clues when doing the puzzle.

By capitalizing on all the clues on the canvas, Black tried to get an insight into the complicated genealogy of painters who drew chaekgeori paintings. She later found out each family had their own style.

Another goal Black had was sorting out chaekgeori paintings into three groups based on the characteristics of the images: isolated, trompe l’oeil and still life.

Kate Black, the daughter of Black, described her mother’s book as “truly her life’s work” during a recent e-mail interview with the JoongAng Ilbo.

“When she received the book, she enjoyed every page of it.”

Black's daughter added that she hopes the book will “contribute to the development of Korean art,” and said she thinks of her mother as a great role model and a woman full of ambitions.

As well as her 47-year-long effort studying Korean folk painting, Black also learned how to fly a light airplane and climbed Mount Everest. 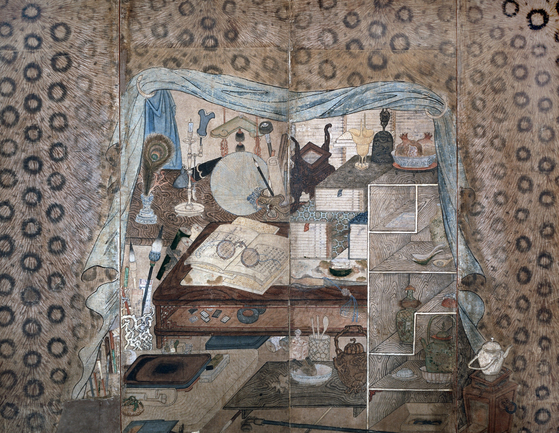 A chaekgeori painting on a four-panel folding screen. [SAPYONG BOOK]


Kang Kwan-sik, a professor of eastern painting at Hansung University, said, “This posthumous work with an in-depth look into the folk painting written in English by a Western scholar will be a great resource when we introduce it to the outer world.

“I also expect this book will cast a new light on the research into chaekgeori painting.”