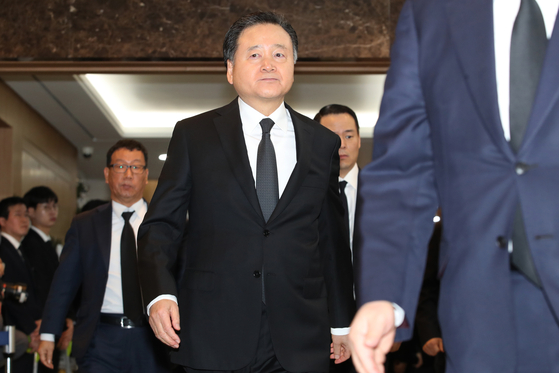 
SPC Group, which operates the Paris Croissant franchise and such popular imported franchises as Shake Shack and Eggslut, was fined 64.7 billion won ($54.2 million) by the Korean antitrust agency for alleged unfair practices of awarding business contracts to its affiliates.

The Fair Trade Commission (FTC) on Wednesday said the purpose of the unfair practices was to solidify the control of the SPC founding family by boosting the value of their shareholdings.


The fine is the largest ever for unfair internal transactions by a business group. The previous record was held by Hyundai Motor, which was fined 63 billion won in 2007.

The FTC said Wednesday that the group has been reported to prosecutors for business malpractice.

According to the FTC, SPC Group affiliates for seven years spent 41.7 billion won to prop up SPC Samlip, which is 74 percent owned by the group's de facto holding company, Paris Croissant, and the family that controls the group.

The FTC says an artificial role was carved out for SPC Samlip.
The group's bakery affiliates including Paris Croissant and Shany were not allowed to make direct purchase of raw materials such as flour and eggs from other affiliates such as Mildawon. SPC Samlip was allowed to be a middleman in the transactions.

In order to include SPC Samlip in internal trading, SPC Group in 2011 sold its sales and raw material distribution network to SPC Samlip. As a result, the bakery companies had to pay more for raw materials from SPC Samlip.

As of 2017, raw materials that the bakery affiliates brought through SPC Samlip accounted for 97 percent.

Additionally, Paris Croissant and another affiliate, Shany, sold its shares in an unlisted raw material affiliate, Mildawon, to SPC Samlip at only half its fair value in 2012, according to the FTC.

Mildawon shares were worth 404 won, according to the FTC. The two companies, however, sold it to SPC Samlip for only 255 won per share.

Paris Croissant suffered a 7.6-billion-won loss from its sale of shares in Mildawon while Shany suffered a loss of 3.7 billion won, the FTC estimated.

The goal of the unfair business transaction was to increase SPC Samlip's revenues, which would boost the company’s share value, including the shares owned by the founding family.

The FTC said chairman Hur played a central role in SPC Samlip as he attended the weekly management meeting.

The chairman was also accused of ordering employees to cover up business malpractices when the antitrust agency started investigating.