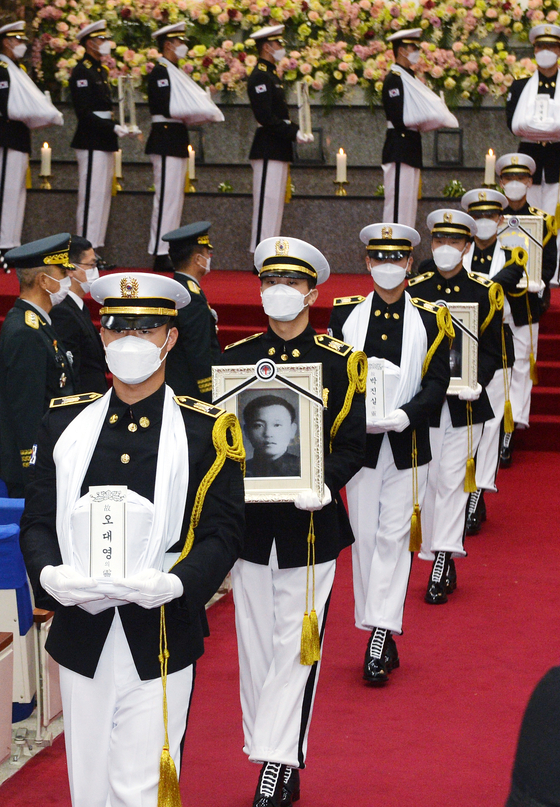 A burial ceremony is underway at Daejeon National Cemetery on Wednesday for seven soldiers killed in North Korea during the 1950-53 Korean War. They are among 147 South Korean warriors whose remains returned home from the North via Hawaii last month, 70 years after the outbreak of the conflict. [KIM SEONG-TAE]