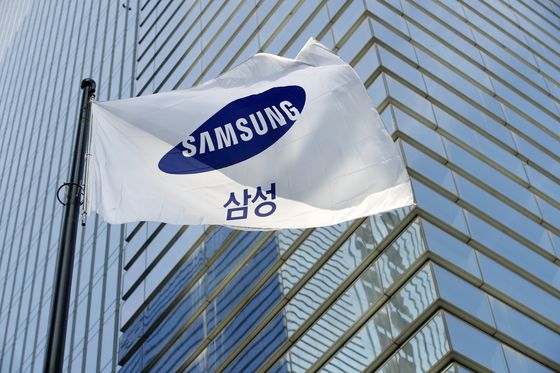 Foreign investors are backing Samsung Electronics again as strong earnings and the company's advantages over struggling competitors like Huawei and Intel has made the stock an attractive pick.

Net purchases of Samsung Electronics stock by foreign investors stood at 1.7 trillion won ($1.4 billion) between July 24 and 30, helping boost the share price to 59,000 won on Thursday compared with 52,600 won at the beginning of this month.

In intraday trading on Thursday, the stock surpassed the psychologically important 60,000 won level, although foreign investors retreated on Friday by net-selling 1.3 million shares worth 75.8 billion won, which led the stock to decline 1.86 percent to 57,900 won.

Still, some analysts believe that the winning streak has just begun, suggesting a Samsung target price of well over 70,000 won.

Results for the second quarter outperformed market estimates and highlighted the company’s fundamentals. 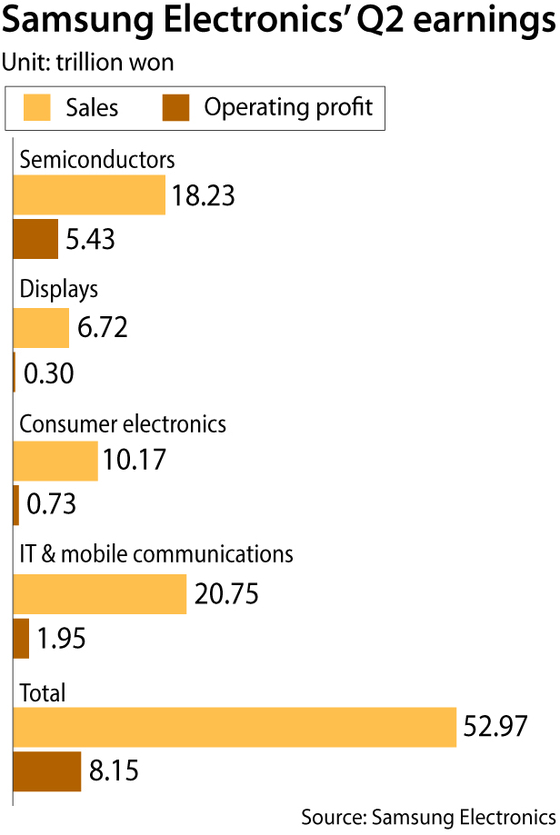 Intel’s announcement of delays in 7-nanometer-processed chips could present a fresh opportunity for Samsung Electronics, while an all-out push by the Trump administration to steer companies both in the United States and other countries away from Huawei could also help Samsung increase market shares in some products.

“Now, there are only two contract chip makers capable of producing 7- nanometer or less chips — Samsung Electronics and TSMC,” said Kim Kyung-min, an analyst at Hana Financial Investment who revised up Samsung’s target price to 80,000 won from 66,000 won.

Even if Samsung is not chosen as a partner for contract-based chipmaking for Intel, “a trickle-down effect” could occur to benefit both TSMC and Samsung, according to Kim.

Intensifying pressure from the United States on Huawei will help Samsung regain strength, especially in the smartphone market.

“There have been the top three smartphone makers: Samsung, Apple and Huawei,” Kim said. “But the standing of Huawei recently has become vulnerable because of anti-China sentiment.”

The weak dollar is also triggering a capital influx into stocks in emerging markets as the dollar slipped to a two-year low last Wednesday, the day the Federal Reserve maintained the near-zero benchmark interest rate.

“A weakening dollar helps strengthen currencies in emerging markets,” said So Byung-eun, an analyst at NH Futures, adding that the stock markets in Asian countries including Korea will be led by foreign investors.

Foreign investors’ net purchase on the main Kospi bourse on July 28 hit the highest level in six years and 10 months — since September 2013 — and Samsung Electronics' stock was the most sought after, with 920.8 billion won in purchases that day.

The share price of the tech company is on an upward trajectory as its profit will remain strong for the rest of this year and through early 2021 due to an anticipated increase in dynamic random-access memory (DRAM) chip prices next year.

“Samsung Electronics shares are expected to rally in the third quarter on expectations for improvement in DRAM supply/demand conditions and a sharp upturn in prices in the first quarter of 2021,” said Choi Do-yeon, an analyst at Shinhan Investment.

He cited the release of new game consoles and a shift to 5G smartphones as factors driving up memory chip prices.