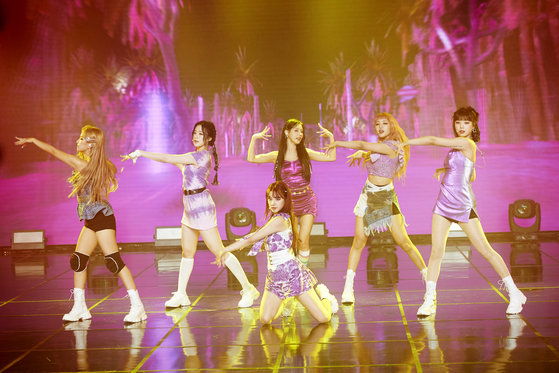 (G)I-DLE performs its new single "DUMDi DUMDi" for the first time during an online showcase held on Monday. [CUBE ENTERTAINMENT]


They had you singing "Oh My God" this spring, and now they will have you singing "DUMDi DUMDi" this summer — girl group (G)I-DLE is back, with a brand new single made just for the sizzling summer.

(G)I-DLE released "DUMDi DUMDi" on Monday 6 p.m., four months after its third EP "I trust" stormed charts in April. While for the past year the group has been going for a dark and powerful concept, which it flaunted with singles such as "Lion" (2019) and "Oh My God" (2020), "DUMDi DUMDi" is an energetic dance-pop tune, much better suited to the liveliness of summer.

According to leader Soyeon, who has once again used her genius to write the song for the group, this isn't really a change from the group's overall concept or theme — it's always been about what story to tell, not how they tell it.

"I always focus on what story I want to tell with my music, rather than just focusing on showing something powerful," said Soyeon, during an online showcase held on Monday, prior to the track's release.

"This song was all about 'youth,' and it was the members who pulled off the narrative. I always focus on a keyword. So just as people immediately thought 'Latata' (2018) after our debut, then 'Lion' last year, I want it to be 'DUMDi DUMDi' for this summer." 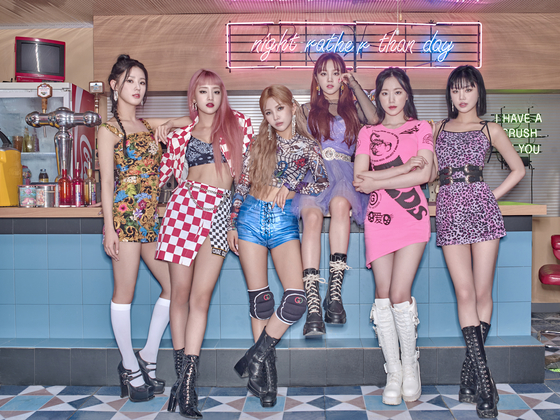 
Soyeon also attributed the inspiration for her music to the members, and the many conversations they share about what they would like to pursue and how they would like to do it. And this time, the song is about the similarities between youth and the summer, she says.

"I think our youth is similar to summer, in that they can both be cool, hot and passionate all at the same time. I hope that people feel the summer through this song," said Soyeon.

(G)I-DLE recently held its first concert, which unfortunately had to take place online due to the ongoing coronavirus pandemic that is keeping K-pop fans stuck at home. It was a pity they could not meet in person, but it's only gotten them looking forward to the next concert where they will finally get to meet, according to the members.

"We do feel a little sad that we weren't able to meet with [fan club] Neverland in person, but they supported us all the way through the comments," said Minnie.

"And when we performed 'Latata,' we even heard the fans cheer for us, through recordings they made just for the concert. It was so touching." 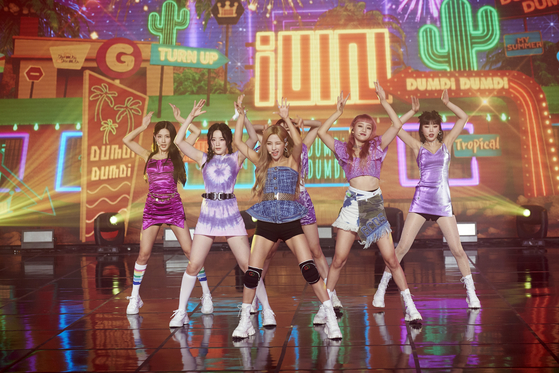 (G)I-DLE performs its new single "DUMDi DUMDi" for the first time during an online showcase held on Monday. [CUBE ENTERTAINMENT]

(G)I-DLE continues to rock the K-pop scene, as a young group that only debuted two years ago. They don't see their rising popularity or expectations from fans as pressure — they're just grateful for everything and everyone.

"We are so thankful for everyone who loves us and our music. These are difficult times where we can't meet in person, but we're trying our best to communicate with fans online," said Miyeon.