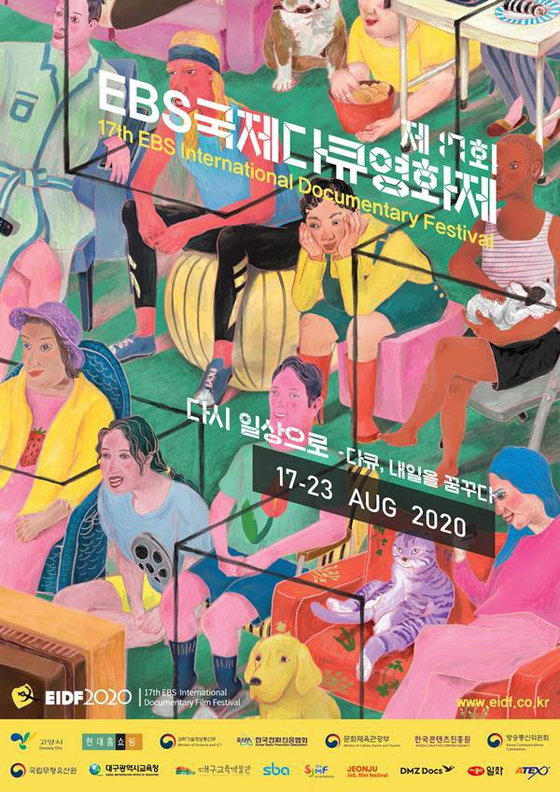 A poster for 17th EBS International Documentary Festival under the theme of "In Docs, Back to the Ordinary." [EIDF]


In hopes that Covid-19 will soon be contained and our lives can go back to normal, the 17th EBS International Documentary Festival (EIDF)’s theme is “In Docs, Back to the Ordinary.” A total of 69 films from 30 countries are scheduled to be broadcast on the EBS television network, exclusive documentary streaming service D-Box, and at offline outdoor screenings.


Offline screenings at local cinemas were canceled this year due to the pandemic.

“This year was one of the hardest festivals to host,” Gunny Hyong, executive producer of the EIDF said in a press conference at the Koreana Hotel in central Seoul on Tuesday. “Even though the number of invited films are lesser in number compared to last year, I think our staff managed it pretty well. We have established an 'untact' system in which the audience can view the selected documentaries on our broadcast and also through our streaming service D-Box without payment during the festival period.”

Continuing from last year, the festival is planning to hold outdoor screenings at Ilsan Lake Park in Gyeonggi from Aug. 21 to 22 while strictly sticking to the government-advised protocols on Covid-19, such as thoroughly disinfecting the location and adhering to social distancing guidelines.

The opening and closing ceremony is to broadcast on EBS instead of holding an offline event. Actor Cha In-pyo will host the event and introduce the 12 sections. The opening film of the festival is “Maddy the Model,” which follows Madeline Stuart, the world’s first-ever model with Down syndrome, on her journey into the modeling world. 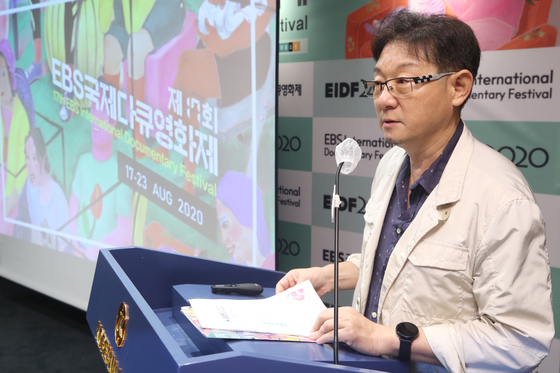 Gunny Hyong, executive producer of the 17th EBS International Documentary Festival, presents the theme of this year's documentary fiesta on Tuesday at the Koreana Hotel in central Seoul. [YONHAP]


“Another change that will take place from this year is that our competition category, Festival Choice, will be divided into two subparts: Global and Asia,” EIDF programmer Kim Da-hye said. “We wanted to give more opportunities to our Asian documentaries.”

For this year’s event three new sections have been added — Masters, which introduces documentary works by renowned filmmakers such as Werner Herzog, Gordon Quinn, Stanley Kubrick and more; Color of Education, which captures the changing education systems across the world, and Voice of Women, which are documentary works based on female-centered narrative.

Last but not least, EIDF this year established its own market titled “EIDF2020 Industry,” in which the festival will foster and support talented independent documentary filmmakers from pitching their own ideas to the production and ultimately, theater premiere of their films.

EIDF 2020 Back to the Ordinary Covid-19 film festival