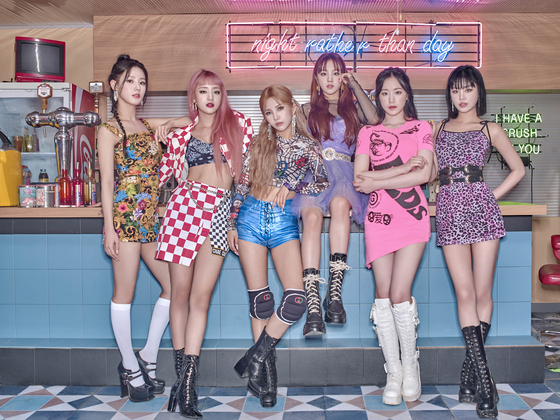 
Girl group (G)I-DLE topped charts in and outside of Korea with its latest summer song "DUMDi DUMDi," proving itself once again as K-pop's biggest rising star.

"DUMDi DUMDi" sat at No. 1 of the iTunes top song chart in 41 regions around the world, including countries in Asia, Europe, South America and Africa, two days after it was released on Monday.

It currently sits on No. 1 of local music charts including Bugs Music and Naver Music, as well as No. 4 on Genie Music.

The song broke the record for the group's fastest number of viewers to its music video, breaking the 10-million-view threshold within 10 hours, and 30 million views in 40 hours.

"DUMDi DUMDi" was written by the group's leader Soyeon along with songwriter Pop Time.