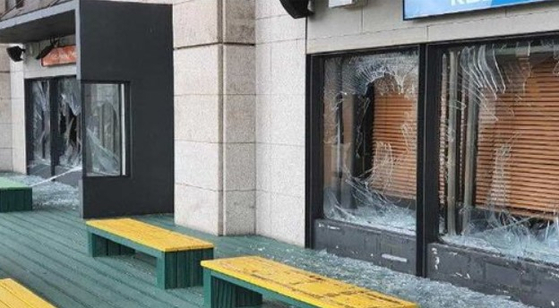 The glass windows of the open radio studio in front of the KBS headquarters in Yeouido, western Seoul, were broken by an unidentified assailant on Wednesday afternoon. [KBS]


Announcer Hwang Jeong-min is being treated in a hospital for post-traumatic stress after a 47-year-old man went on a rampage on Wednesday afternoon, breaking the windows to the radio station she was in and threatening her with a pickax.

On Wednesday afternoon around 3:40 p.m., Hwang was broadcasting her live program "Hwang Jeong-min's Music Show" at an open studio in front of the KBS headquarters in Yeouido, western Seoul, when a man broke all the windows.

He is said to have repeatedly shouted Hwang's name, telling her to come to him.

Hwang immediately fled with the help of staff members and the program was finished by Kim Hyung-kyu, the invited guest. 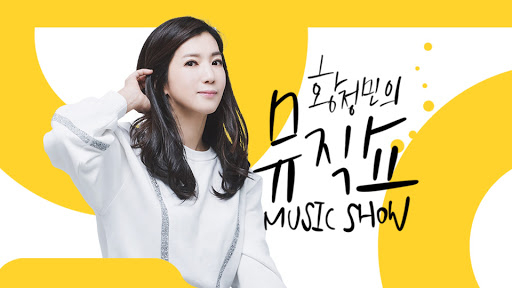 
"We thought that announcer Hwang's voice could further aggravate the unidentified assailant, so immediately stopped her from running the program and took necessary protective measures," said KBS production staff.

"Hwang is currently receiving hospital treatment and she cannot fulfill her schedules due to post-traumatic disorder. We are looking into ways to replace the program."

The man was arrested on site, and the police requested for a detainment warrant from the court.

The man is said to have argued that his phone has been bugged for the past 25 years "but nobody listened."

The police found a tear gas gun and two additional pickaxes in the bag he was carrying. No one was injured other than the man, who hurt his hand while breaking the glass windows.