Okyere gains support for his objection to blackface photo

Okyere gains support for his objection to blackface photo 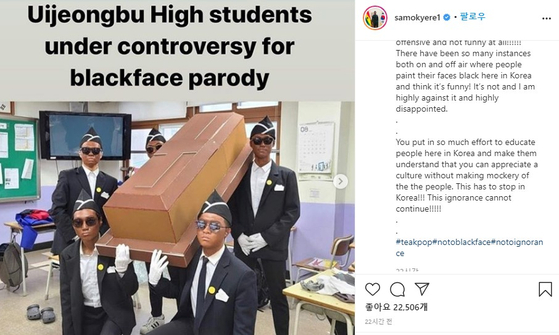 
A back-and-forth over a blackface photograph has whipped up into a typhoon of accusations and counterclaims leaving a popular celebrity on the defensive but gaining support.

Korean permanent resident Sam Okyere last Thursday criticized an Aug. 3 photo of five high school students doing a still depiction of the "Coffin Dance" video, which was made by a group from Ghana and went viral on TikTok. Okyere, a 29-year-old Ghanaian entertainer, objected to the use of blackface in the photo and the lack of understanding in Korea. 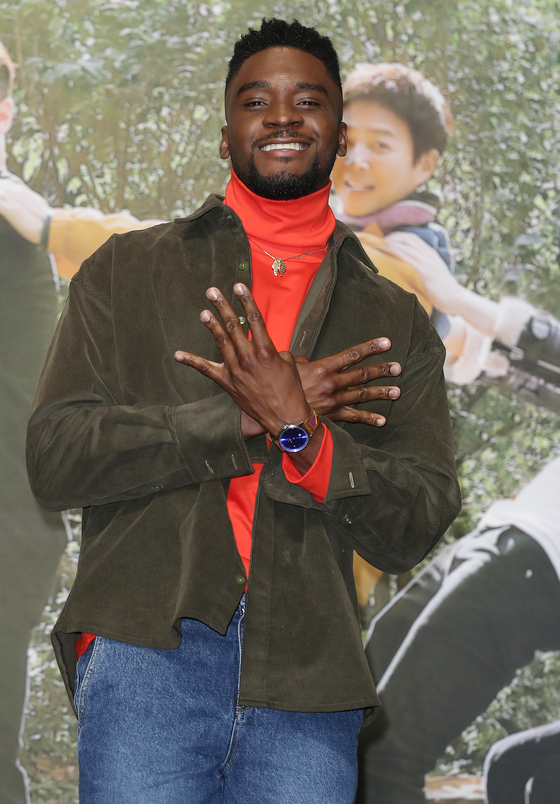 
It's "offensive and not funny at all," he said on Instagram.

"There have been so many instances both on and off air where people paint their faces black here in Korea and think it's funny," he said. "You put in so much effort to educate people here in Korea and make them understand that you can appreciate a culture without making mockery of the people […] This ignorance cannot continue."

The backlash was swift and vicious, with Koreans calling him out for his condescension, especially the use of the words "ignorance" and "educate."

Hankyung penned an article entitled "Sam Okyere, do you think you're the only one who speaks English?"

Comments flooded the internet, with people saying they are "disappointed with Okyere," especially because he had often used words like "our country" and "my country" to refer to Korea on television.

A petition was started on the Blue House website calling for his deportation for "deceiving Korea, which had provided him with convenience and security he would not have been able to enjoy in Ghana."

The petition was blocked by the Blue House as of Sunday. 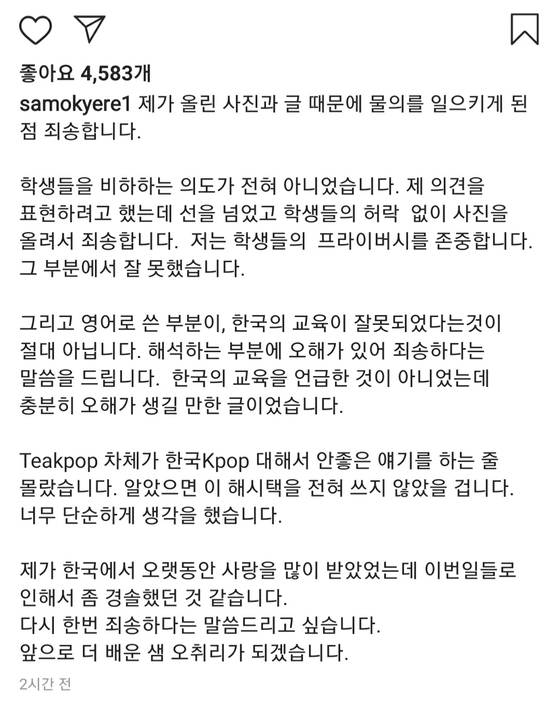 
Okyere apologized in Korean on Aug. 7, saying he did not mean to denigrate the students in any way.

"I tried to express my opinion and I went over the line and I am sorry for using their photograph without their permission. And I did not mean at all that Korean education is wrong. I am sorry that there was a misunderstanding in translation," he said.

While some Koreans are standing firm, arguing that there is nothing wrong with blackface as long as it is not done with the intention of mocking or insulting, support is growing for Okyere.

Under a Twitter hashtag #I_Stand_with_Sam_Okyere, posts are pouring in agreeing with the original objection to the blackface. They say that the entertainer was right to speak out in the first place.

"Korean society must learn. We must reflect on our 'ignorance' and we need an 'education.' For sure," wrote culture critic Son Hee-jung on her Facebook account, with the hashtag #I_Stand_with_Sam_Okyere.