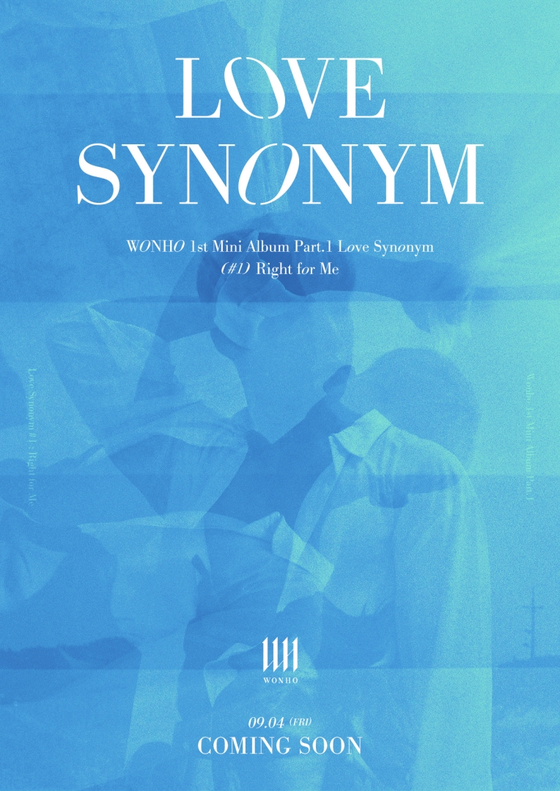 
Wonho, a former member of the K-pop group Monsta X, is staging a comeback as a solo artist with a debut EP  to be released Monday evening.


The album is titled “Love Synonym #1 : Right for Me." Prior of the release, Wonho’s new agency Highline Entertainment disclosed a teaser image of the new EP via the agency’s official social media channels Monday morning.

After he came under investigation in late 2019 for suspected marijuana use, Wonho, whose real name is Lee Ho-seok, left Monsta X in the hope of minimizing the damage inflicted on the popular K-pop group's reputation.

Starship Entertainment terminated its contract with Wonho shortly after the police began its investigation.

The police cleared Wonho of the drug use allegations early this year.