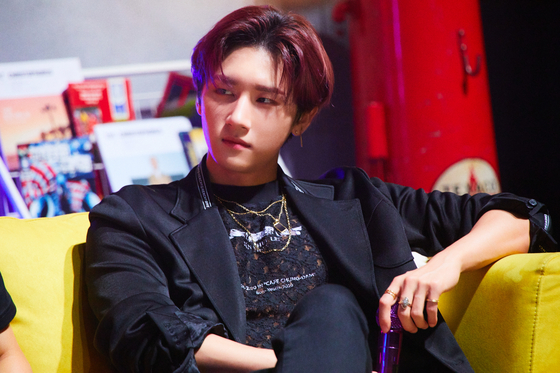 Starship Entertainment said Wednesday that I.M is preparing to release a solo single at the end of February. Other details about what genre his music would be or the producers behind it were kept under wraps.

Though I.M has released various mixtapes in the past, such as “Fly with me,” “Who Am I,” and “BeMyFriend,” this will be his first official solo single since Monsta X’s debut in 2015.

Talk of I.M’s shift to a solo career first began after he said he hoped to release a solo single in the first half of the year at the 35th Golden Disc Awards on Jan. 9.

I.M is the youngest of six-member group Monsta X which has released a handful of hit songs since its debut including “Trespass,” “Follow,” “Shoot Out,” “Dramarama” and “Love Killa.”

As a rapper in Monsta X, I.M usually writes most of his own lyrics for the group’s domestic albums and also produced songs such as “Mohae,” “Champagne,” “Night View” and “Zone.”