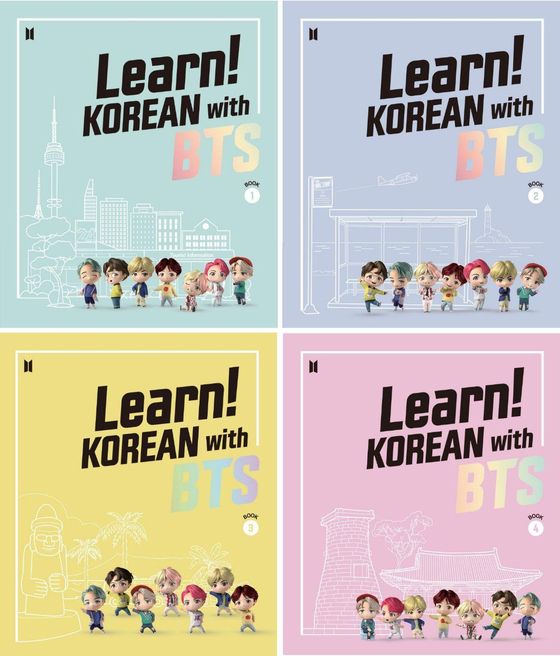 
Big Hit Entertainment, the management agency of K-pop group BTS, announced Tuesday that it has partnered with the Korea Foundation (KF) and Hankuk University of Foreign Studies (HUFS) to produce a remote Korean-language course featuring the K-pop sensation.

Through the partnership, KF will open a BTS-themed remote learning course titled "Learn! Korean with BTS" at several overseas universities in the United States, France, Egypt and Vietnam starting this fall.

The course is produced mostly from clips of past vlogs from the K-pop septet, such as "Run BTS!" on Naver V Live. It was produced in cooperation with HUFS' Korean Contents Research Institute.

The first schools adopting the course are Middlebury College in the United States, École Normale Supérieure and EDHEC Business School of France, Ain Shams University in Egypt and Vietnam's University of Languages and International Studies and Thang Long University.

Big Hit Edu, the education content subsidiary of Big Hit, has released trial videos of "Learn! Korean with BTS" on Weverse, Big Hit's fan community-commerce platform, since March. A textbook package for the course will be released on Aug. 24.

Choi added that Big Hit Edu will help to promote Korean studies overseas with a strong sense of responsibility towards the quality of the content.