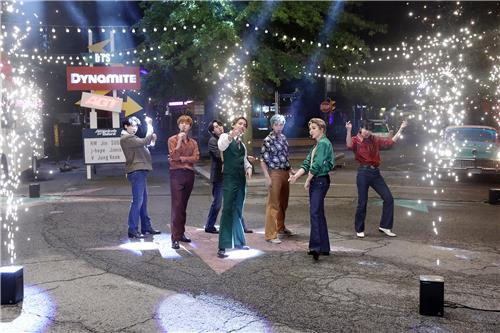 
The offering price of Big Hit Entertainment’s upcoming initial public offering (IPO) has been set at 135,000 won ($115) per share, the highest possible within the planned range, based on book building last week with institutional investors.

The subscription rate was high, but didn’t beat the record set by Kakao Games earlier this month.

Stocks have been oversubscribed by 1,117.25 times, falling a little short of the hype around Kakao Games' IPO, which recorded a subscription rate of one to 1,479 early this month.

Based on the offering price, the IPO for Big Hit Entertainment, the agency behind K-pop boy band BTS, will inject fresh funds worth 962.5 billion won to have the valuation of the company stand at 4.8 trillion won.

The agency will go public on the Kospi on Oct. 15.

Korea's market has experienced a series of high-profile IPOs lately with investors looking for safe but profitable investment opportunities.

After a brief drought in the IPO market early this year due to the coronavirus, SK Biopharmaceuticals, a subsidiary of conglomerate SK Group, initiated the boom by recording a 160 percent increase, the daily limit for newly registered shares, on its first trading day on Kospi. Its offering price was 49,000 won per share but ended trading at 127,000 won and was being traded at 155,000 won as of Monday.

The baton was then handed over to Kakao Games, which recorded a historical subscription rate and also hit the 160 percent daily increase limit on its first day on the Kosdaq. It also resulted in record deposits of 58.6 trillion won from retail investors.