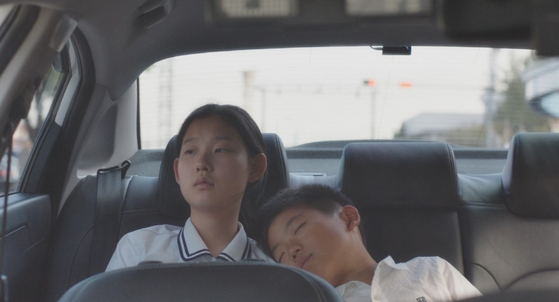 Scene from the film "Moving On." [GREEN NARAE MEDIA]


Yoon Dan-bi's "Moving On" was invited to compete in the 19th New York Asian Film Festival.

"Moving On" is the only local film in the main competition this year, according to Green Narae Media, the distributor.

The film deals with the complexities of relationships--especially between  family members--through a tale of a brother and a sister who stay over at their grandfather's home for the summer with their father.

"It's a shame that the film festival cannot be hosted normally due to  Covid-19, which has changed so much in our daily lives, but I'm still grateful that there's a way for the audience to see our film," Yoon said through the film distributor. "Although it will be screened online, I hope that 'Moving On' gives people the power to carry on their lives normally."

Other local films, such as Son Jae-gon's "Secret Zoo," Kim Cho-hee's "Lucky Chan-sil," Coi Yun-tae's "Baseball Girl," Kim Do-young's "Kim Ji-young, Born 1982," are to be screened this year, as the festival is focused on female filmmakers and female protagonists.