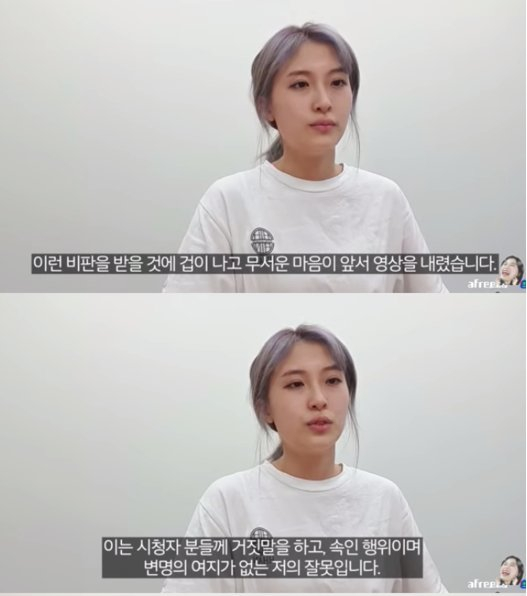 Popular YouTuber YangPang, whose real name is Yang Eun-ji, apologizes for not informing her viewers about paid advertisements on Aug. 8. [SCREEN CAPTURE]


In the past few weeks, more than 70 YouTubers in Korea have apologized for taking money in exchange for undeclared product placements in their videos. The list includes big names in Korea’s YouTube scene like Boki, Tzuyang and YangPang, who all have more than 2 million subscribers.

Now some of those YouTubers are speaking up again, this time lashing out at their own agencies, or multi-channel networks (MCNs). MCNs are organizations that help YouTubers and so-called broadcast jockeys on livestreaming websites like Twitch and AfreecaTV to generate revenue and share profits.

“YouTubers’ apologies cannot be the end of this issue,” a 25-year-old YouTuber who wished to remain anonymous told the JoongAng Ilbo on Tuesday.

“If a YouTuber secretly received money, the decision would have been made by their agency and the advertiser. The agencies are hiding behind the YouTubers' apologies to evade their responsibility.”

According to the anonymous source, YouTubers are afraid to reveal that they were told to do product placements by their MCNs out of concerns of being labeled as a whistle-blower.

Experts point out the poor financial situation of MCNs as the main reason behind the recent issue. According to them, these agencies have no proper source of income nor a clear business model.

In terms of advertising revenue, about 55 percent goes to the YouTuber while the remainder goes to Google, YouTube’s operator. Of that 55 percent, the YouTuber can take anything from 70 percent to 100 percent, with whatever's left going to the MCN depending on the individual contract. 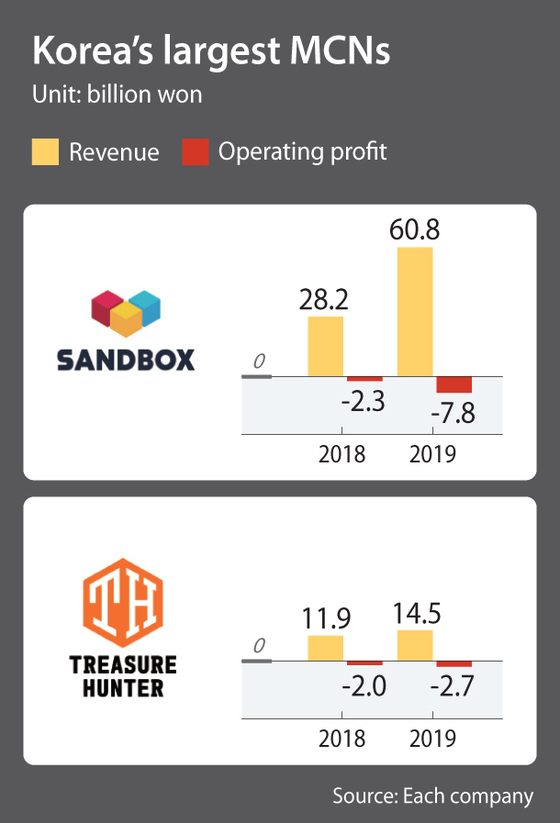 “For MCNs, the revenue earned from the number of video views is not a major source of income,” the CEO of an MCN said, while requesting anonymity.

“Advertising revenue is their last hope, but that is also not an easy process. As a result, MCNs neglect their jobs to properly care for their YouTubers and instead are easily tempted to make product placements.”

MCNs' struggle to turn a profit is an international issue. Walt Disney Company's Maker Studios, the United States’ largest MCN company with more than 60,000 influencers at its peak.

There are currently around 70 MCNs operating in Korea. To beat the competition, they are scrambling to sign popular YouTubers.

“The MCNs must reflect on their past when they only concentrated on securing more popular YouTubers,” said Park Sung-jo, president of Korea Multi Channel Network Association. “It is time for MCNs to concentrate on quality, instead of expanding their lineup.”

The Fair Trade Commission recently tightened the regulations on labeling and advertising. According to a law revised last month, YouTubers must inform viewers that videos include paid advertisements every five minutes. The disclosure must be included in the video’s headline so that viewers are immediately aware.

Under the new law effective from September, advertisers who unfairly request product placements will be fined a maximum of 500 million won.

Critics, however, argue that platforms must be subject to regulation as well.

According to YouTube, it has clear guidelines about informing viewers about paid advertisements. However, the company has no specific rules that disadvantage YouTubers who violate the guideline.

“Whenever we receive a report of inappropriate reviews or posts, we ask the writer for an explanation,” a spokesperson from Naver said. “However, if the writer denies the suspicions, there’s nothing that we can actually do.”

“A law that regulates platforms, influencers, and advertisers equally is essential so that fair trade can be maintained in the market,” said Prof. Choi.