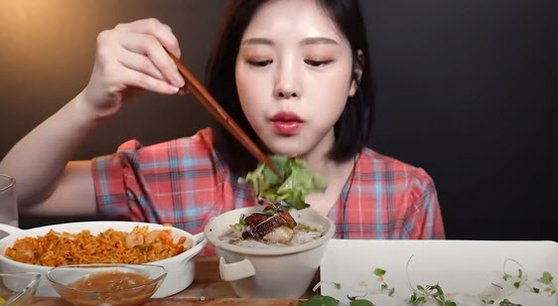 A screenshot of YouTube channel ’Eat with Boki.“ [SCREEN CAPTURE]


YouTubers are posting heartfelt self-criticisms after it was revealed that they have been secretly taking money for products appearing in their videos and their comment sections blew up with an outpouring of anger from surprised viewers.

Mun Gi-yeon, who runs “Eat with Boki,” apologized profusely on Tuesday, admitting that she had taken payments for some of her videos, which show her trying food. The subscribers, which number 4.6 million, were not told about the payments.

“I overlooked the impact of paid advertisements on purchasing decisions, as well as the importance of informing subscribers about the information clearly,” the post read. “I sincerely apologize. I will revise all problematic videos according to the rules.”

Both had been uploading luxury product review videos and claiming that the items were purchased with their own money for their own use. It turns out, they had been paid to show the products to their viewers.

On Tuesday, Lee Se-yeong, who goes by the YouTube handle Cham PD and has nearly 1.3 million subscribers, said he has the goods on others who have been doing product placements. He said he will reveal all soon. 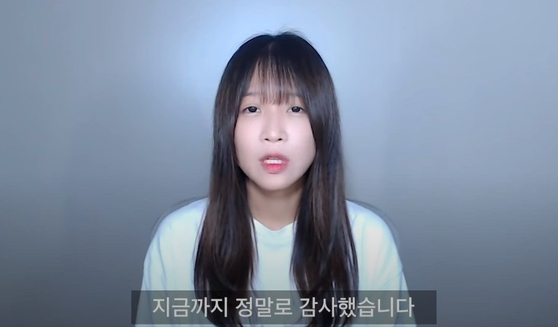 A screenshot of a video by YouTuber Tzuyang. [SCREEN CAPTURE]


Park Jeong-won, who does mukbang videos as Tzuyang and has around 2.6 million subscribers on YouTube, acknowledged her wrongdoings and announced retirement on Thursday.

“When I first started uploading videos on YouTube, I posted some videos that were made as paid advertisements without notifying the viewers,” she said. “However, after I admitted my mistake a long time ago, I have never violated the related law or misled my subscribers.”

“I’m exhausted by the malicious comments spreading false rumors about me," she said, while emphasizing that she takes full responsibility for her mistakes.

YouTuber Hamzy, whose real name is Ham Ji-hyeong, has over 3.7 million subscribers. While information regarding paid advertisements must be stated very clearly, viewers of Hamzy’s channel were only able to see the information after pressing a button.

Yang Eun-ji, who goes by YangPang on YouTube and has 2.4 million subscribers, apologized for not informing her viewers about paid advertisements. She immediately deleted two problematic videos that show her eating chicken.

“I sincerely apologize for not informing viewers that some of my videos were made as paid advertisements,” she said. “It is all my fault that I overlooked the impact of it on my subscribers. I will check all my videos thoroughly and take measures according to the rules.”

“As a YouTuber who became popular in a short period, I should have been more cautious about it," said Sangyoon, whose real name is Kim Sang-yoon. "[Disclosing paid advertisements] is something that a professional YouTuber must do. I am deeply ashamed of not making disclosures and sincerely apologize.”

Mbro (Lee Dong-hyeon) and Nareum (Kim Eum-ryul) also made apologies for not clearly informing their viewers about videos that were actually paid advertisements.

According to the Korea Consumer Agency, of 582 posts or videos on various social network services including YouTube that were advertisements, only 174, or around 30 percent, informed viewers of the business relationship.

The Fair Trade Commission plans to tighten the regulations on labeling and advertising. Under the new law that was revised last month, people who want to upload posts that were produced as paid advertisements must clearly disclose the arrangement.

In the case of YouTube videos, YouTubers must inform viewers in the headline or at the beginning or end of the videos, or tell their viewers during the video and repeat the disclosure at least every five minutes.

The new rules will be effective from September.