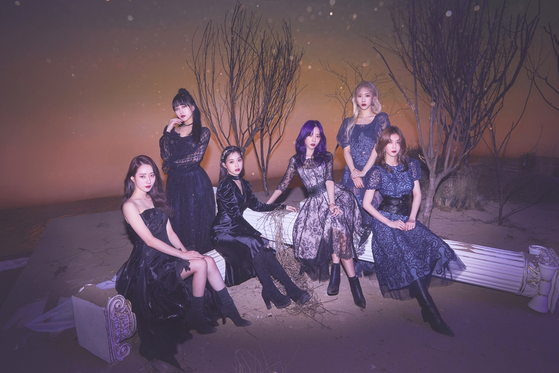 
Girl group Dreamcatcher's music video for its latest release "Scream" hit 20 million views on Saturday, the highest ever for the group.

According to its agency Dreamcatcher Company, "Scream" hit the 20 million mark for the first time on Saturday, "thanks to the news of its new EP to drop on Aug. 17."

"Dreamcatcher will release its fifth EP 'Dystopia: Lose Myself' on Aug. 17, continuing the 'Dystopia' series the group began with its first full-length album 'Dystopia: The Tree of Language' earlier this year," the agency said.

"Scream" was the lead track off of "Dystopia: The Tree of Language," which came with a series of narratives after finishing its previous "Nightmare" series which it pursued for three years since its debut in 2017.

The new album will be about how irresponsible utterances made by people ruin the world, executed especially through the lead track titled "BOCA," which will be a heavy rock-style track, iconic for Dreamcatcher.

The new EP will carry six tracks and will be distributed through local music services on Monday, 6 p.m.

Dreamcatcher will meet with fans through a live session on Naver V Live at 10 p.m.

You think Trump was bad?

Dreamcatcher is a girl group that cares about more than No. 1s